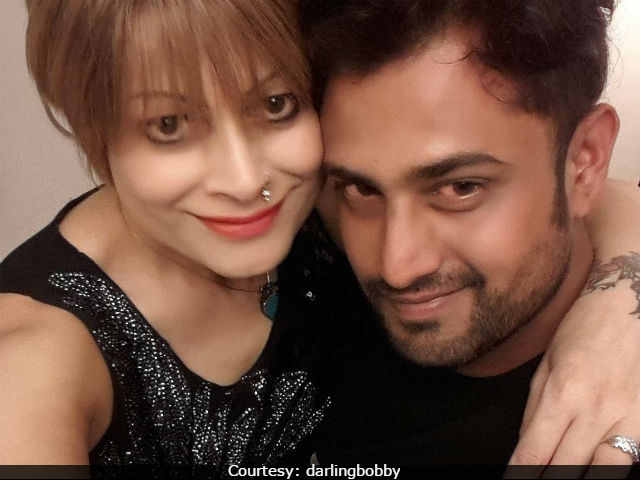 New Delhi: Actor Bobby Darling and her husband Ramneek Sharma, might participate in the celebrity dance reality show Nach Baliye 8, reports Indian Express. "Yes it is true that we are in talks about the wild card entry, but we are negotiating, so I can't tell you for sure that I and my husband will be seen dancing on Nach Baliye 8 for now," Bobby told Indian Express. Bobby Darling married a Bhopal-based businessman Ramneek Sharma in February last year. After the marriage, Bobby changed her name to Pakhi Sharma. If Bobby and Ramneek participate in Nach Baliye 8, the couple is expected to join the show in its fifth week, reports Indian Express.

Nach Baliye 8 will not be Bobby Darling's first reality show, she was a part of Bigg Boss Season 1. She was also seen in films like Kyaa Kool Hai Hum, Apna Sapna Money Money and Shirin Farhad. Bobby Darling has also been a part of many TV serials including Ekta Kapoor's Kyunki Saas Bhi Kabhi Bahu Thii, Kasautii Zindagii Kay and Sasural Simar Ka.

Meanwhile, Indian Express earlier reported that cricketer Yuvraj Singh and his wife Hazel Keech have also been asked to appear in Nach Baliye 8. The couple might enter the show as wild card contestants.

Promoted
Listen to the latest songs, only on JioSaavn.com
Nach Baliye is in its eighth season and will start on April 2. Actress Sonakshi Sinha, filmmaker Mohit Suri and choreographer Terence Lewis will judge the show this time. TV actor Karan Tacker will host the show.