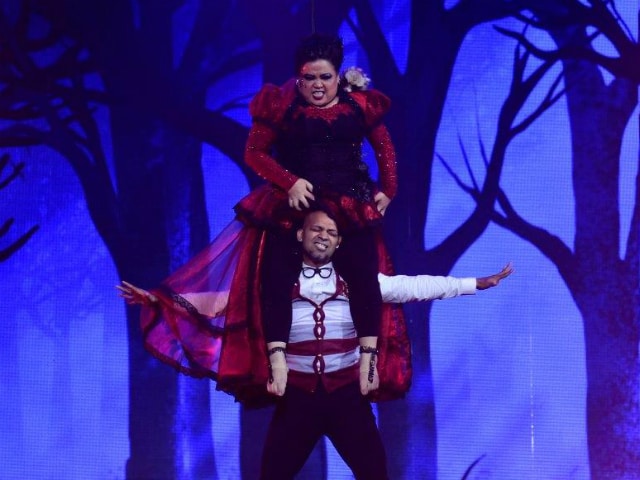 Bharti Singh and Savio Barnes performed together on Nach Baliye

New Delhi: After Divyanka Tripathi, it's television comedienne Bharti Singh's fiance, Harsh Limbachiyaa, who suffered an injury and didn't perform with his partner in a recent episode of TV dancing reality show Nach Baliye. Harsh, who is also a scriptwriter of TV comedy show Comedy Nights Bachao, had confirmed the news this morning by sharing a news article stating the same on his Instagram. Earlier, a source informed DNA that Harsh injured his leg last week during the rehearsals but after a recent performance the injury has got aggravated and the doctor has advised him to take complete bed rest. Bharti has performed with her choreographer Savio Barnes for a recent episode. Bharti and Harsh last performed together to Ooh La La in a Nach Baliye episode last week.

A source was quoted by DNA as saying: "Harsh injured his leg last week during the rehearsals. One act required him to do a lift with Bharti and when she landed on his feet, he twisted his leg. However, he took painkillers and managed to dance, but his injury got aggravated. Also, this week their act comprises aerial shots, so the doctor advised him against doing them. He has been asked to take complete bedrest and will be under observation for a week. If his leg shows no improvement he will have to stay away from the show next week, too. Meanwhile, Savio who choreographed Bharti during Jhalak Dikhhla Jaa and now Nach Baliye, will be partnering her."

Promoted
Listen to the latest songs, only on JioSaavn.com
On Sunday's episode of Nach Baliye, Divyanka didn't perform with her baliyeVivek Dahiya as she was advised bed rest due to severe back pain. Meanwhile, comedian Siddhartha Jadhav and his wife Trupti, were eliminated. Sanaya Irani, Mohit Sehgal and Aashka Goradia, Brent Goble became the highest scorers.