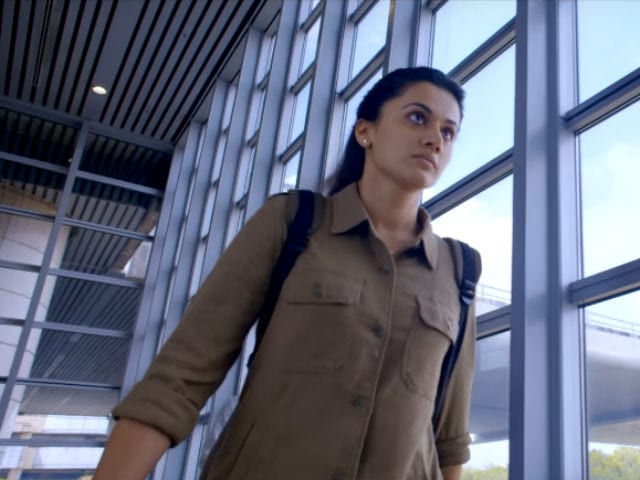 Naam Shabana Trailer: Taapsee Pannu in a still from the film

New Delhi: In the second trailer of Naam Shabana, Taapsee Panu has clearly made her way ahead of Akshay Kumar. Naam Shabana is actually a prequel to Neeraj Pandey's critically acclaimed 2015 film Baby, in which both Akshay and Taapsee feature as secret agents - Jay Singh Rajput and Shabana Kaif respectively. Naam Shabana tracks the story of Taapsee's entry into the team of special agents, who are trained to kill for and sworn to protect their country at any cost. The trailer begins with a narration in the voice of Manoj Bajpayee, who describes Shabana as one of those who want to "live for their country, and not die." Taapsee's Shabana Kaif embarks on deadly missions with much enthusiasm and fights and kills like it's no big deal. Shabana Kaif even offers to do Jay Singh Rajput's job.

Anupam Kher, who plays a senior member of the secret agency, makes a premonition for Shabana: "You will definitely die." The Khiladi actor, who shared the trailer on Twitter, wrote: "Want to know how Shabana became a part of Team Baby? Watch the new Naam Shabana trailer to know her story." The 29-year-old actress wrote: "And that's how it all started for Shabana."

The trailer of Naam Shabana is like a reunion of the cast of Baby with Akshay Kumar, Anupam Kher, Madhurima Tuli and Danny Denzongpa reprising their roles. Manoj Bajpayee, Elli Avram and Prithviraj Sukumaran join as the new cast members.

Promoted
Listen to the latest songs, only on JioSaavn.com
For the film, Taapsee trained extensively in mixed martial arts and was coached by Hollywood stunt director Cyril Raffaelli, who has worked for movies like Hitman, The Incredible Hulk and The Transporter.

Naam Shabana is directed by Shivam Nair and produced by Neeraj Pandey, and hits screens on March 31.