Akshay Kumar Says He Was Considered Action Star, Not Actor, For 10 Years 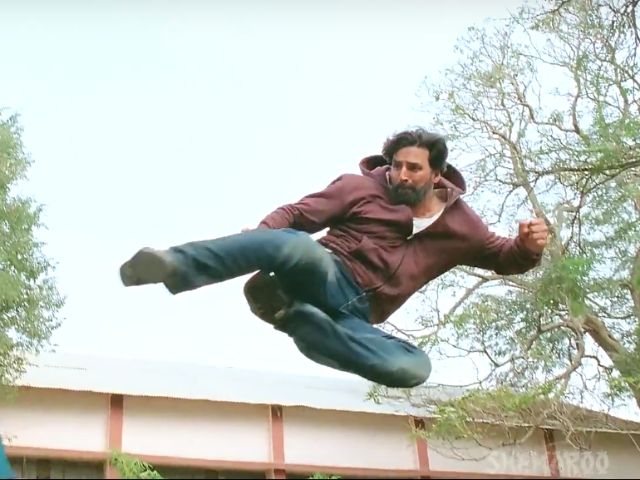 A still from Akshay Kumar's movie Gabbar is Back

New Delhi: Actor Akshay Kumar, who recently won the National Award for Best Actor for his performance in Rustom, spoke about his journey in the film industry, in an interview to news agency PTI. The 49-year-old said that for the first ten years of his career he was only considered for action movies because of his stunts. "When I came to this industry, my first words were that I am a stuntman first, then an actor. For nearly 10 years, I only did action. Whenever someone used to make an action film, they would say 'take this guy called Akshay'. When it came to acting nobody used to take me," PTI quoted Akshay Kumar as saying.

In the 1990s, Akshay Kumar was well known for his performance in action movies like the Khiladi film series, Waqt Hamara Hai, Mohra, Elaan, Suhaag, Sapoot and Jaanwar. "I became what I am today because of action. I am thankful to all the stuntmen, fight choreographers. I did a lot of stunts myself but you (stuntmen) taught me," the Housefull 3 actor told PTI.

Akshay Kumar, who recently launched a special insurance scheme for all stunt artistes working in Hindi film industry, said that he's is 'grateful' to his stunt choreographers as he has never injured himself during an action scene. "Nothing like that has happened so far. All my bones are intact because my stunt choreographers have always been good. They took special care and I truly believe that a stunt choreographer is one who looks after the actor, stunt boys and makes sure the stunt gets completed safely," PTI quoted Akshay Kumar as saying.

Promoted
Listen to the latest songs, only on JioSaavn.com
Akshay Kumar was last seen in Shivam Nair's Naam Shabana starring Taapsee Pannu. His other upcoming projects are -Toilet: Ek Prem Katha and 2.0.

When Kajra Re Got A Janhvi Kapoor Twist