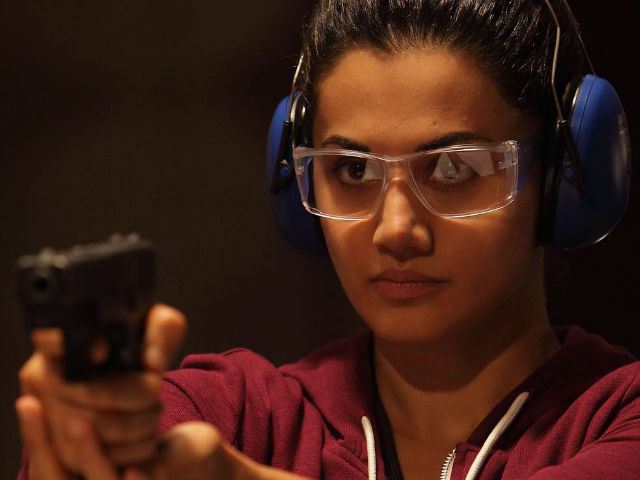 Naam Shabana: Taapsee Pannu in a still from the film

New Delhi: Taapsee Pannu's Naam Shabana has been at the theatres for two weeks now and is progressing at a comparatively slower pace than before. Naam Shabana hit screens on March 31 and have made Rs 34.54 crores so far, reported trade analyst Taran Adarsh. Mr Adarsh, who has meticulously been preparing the box office report for Taapsee's spy thriller, provided a day-wise break-up of the film's performance for this week. At par with the usual trend, Naam Shabana scored the highest on last Sunday with a sum of Rs 2.42 crores in the past six days. Naam Shabana is Taapsee Pannu's first film after underwater war drama The Ghazi Attack.

Promoted
Listen to the latest songs, only on JioSaavn.com
Taapsee Pannu's film actually tracks the history behind secret agent Shabana Kaif, the character she played in 2015's Baby, also starring Akshay Kumar. The Bollywood khiladi returns to reprise his role with an extended cameo in Naam Shabana. In his review for NDTV Movies, Saibal Chatterjee writes: "Taapsee's phlegmatic action heroine act, which is helped along by a value-enhancing cameo by a swaggering Akshay Kumar, gives the film its occasional high points. But the billowy plot makes all the bluster - some of which comes from the spy chief (Manoj Bajpayee), an old agency hand (Anupam Kher) and Ajay Singh Rajput (Akshay's Baby character) - sound like a lot of unregulated hot air."

Directed by Shivam Nair, Naam Shabana has been produced by Neeraj Pandey, who helmed Baby. Naam Shabana done. Taapsee Pannu will next be seen in the upcoming comedy Judwaa 2, which is releasing in September.