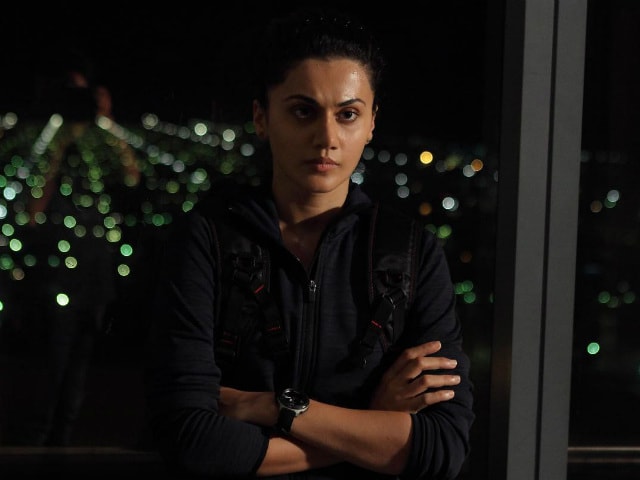 Naam Shabana: Taapsee Pannu in a still from the film

New Delhi: Taapsee Pannu's Naam Shabana has scored a little over Rs 21 crores at the box office with the fourth day collections reading Rs 21.30 crores, reported trade analyst Taran Adarsh. According to Mr Adarsh, Taapsee Pannu's spy thriller scored the least on Monday with an amount of Rs 2.54 crores and the highest on its second day, Sunday with Rs 7.27 crores. Directed by Shivam Nair, Naam Shabana is also produced by Neeraj Pandey, who helmed 2015's Baby, which featured Taapse as Shabana Khan for the first time. Naam Shabana is actually a prequel of sorts for Baby and highlights the backstory of Shabana.

On March 31, Taapsee Pannu's film clashed with movies like Rahul Bose's Poorna, Hollywood's The Boss-Baby and Oscar-winning Iranian film The Salesman. Taapsee, who plays the role of a determined and strong-willed secret agent, trained extensively in martial arts and combat for her part in the film. In his review for NDTV Movies, Saibal Chatterjee writes: "One half of Naam Shabana spells out the impact that the heroine's trials and tribulations have on her career choice. Once she gets into the swing of things - the eager greenhorn is picked to lead the charge against a particularly pernicious villain - she is sent hopping from one location to another in pursuit of her quarry."

Promoted
Listen to the latest songs, only on JioSaavn.com
Actor Akshay Kumar has an extended cameo in the film but Neeraj Pandey told news agency PTI: "We don't want to mislead the audience in believing that everyone is part of the film and it's on the lines of Baby. It's based on her (Taapsee) character it's a spin-off. She leads the cast."