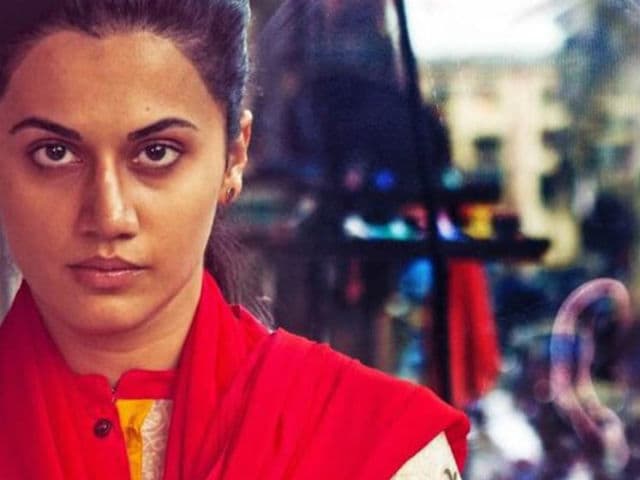 New Delhi: The box office collection of Taapsee Pannu's latest film Naam Shabana, which released on March 24, continues to be low. The film collected Rs 76 lakh on Monday, tweeted trade analyst Taran Adarsh. During the weekend, Naam Shabana earned over Rs 4 crore, which dipped to Rs 78 lakh on Monday (Day 11). The film has so far collected Rs 33.31 crore. Box Office India predicts that the film will make a business of around Rs 34-35 crore. Despite low box office collections, Naam Shabana manages to make a stand as no other major films hit the screens during the period except for Baahubali: The Beginning, which was re-released on April 7.

Here's the box office collection of Naam Shabana as tweeted by Taran Adarsh:

"Granted that Naam Shabana takes a risk by building an action-packed tale around a woman. But the film is forced to hedge its bets by letting the Akshay Kumar cameo get bigger than cameos are usually meant to be," wrote Saibal Chatterjee in his review for Taapsee's film.

Naam Shabana is a spin-off of Neeraj Pandey's 2015 film Baby, which starred Akshay Kumar in the lead. Naam Shabana is directed by Shivam Nair and produced by Mr Pandey. Anupam Kher, Manoj Bajpayee and Prithviraj Sukumaran are Taapsee's co-stars while Akshay features in a cameo.

Promoted
Listen to the latest songs, only on JioSaavn.com
Taapsee Pannu will next be seen in Judwaa 2, co-starring Varun Dhawan and Jacqueline Fernandez.

This week, Vidya Balan's much-anticipated film Begum Jaan hits the screens. The Srijit Mukherji-directed film is based on the Partition era and Vidya stars as brothel 'madam.'