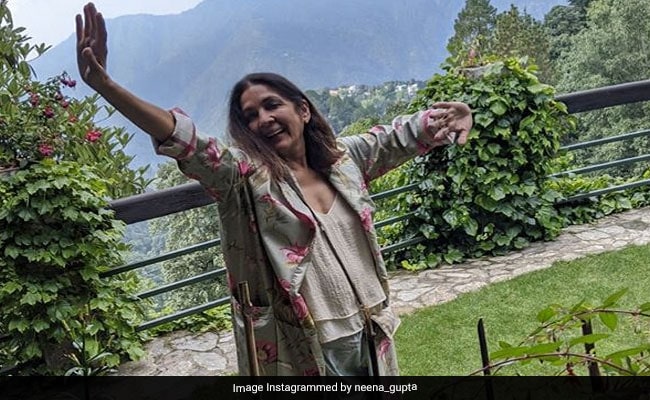 Veteran actress Neena Gupta's Instagram profile is a sheer delight. The actress, who has been staying in Mukteshwar (Uttarakhand) since a few months, shared what her Wednesday morning looked like. She posted a video from her riyaz session. In the video, Neena Gupta can be seen dressed in a printed kurta and a pyjama. The caption on her post read, "Morning riyaz in the mountains. Thanks Zoom and thanks Prasanna guru ji." We loved Neena Gupta' post but if there's something we loved more was her daughter and designer Masaba's comment on the video. She wrote: "Sur toh pakdo mummy."

Morning riyaz in d mountains Thanks zoom and thanks prasanna guruji 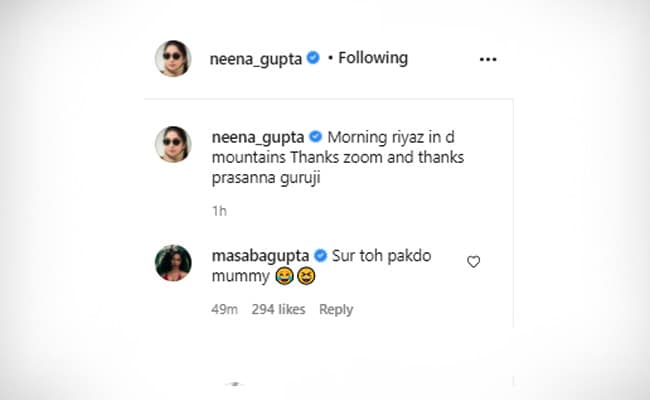 The mother-daughter duo recently featured in the web-series Masaba Masaba, which released on streaming giant Netflix. The semi-fictionalised show is inspired by the lives of Masaba Gupta and her actress-mother Neena Gupta. It has been directed by Sonam Nair and has been produced by Ashvini Yardi.

Masaba Gupta is the daughter of Neena Gupta and former West Indies cricketer Vivian Richards. She made her TV debut with the reality show MTV Supermodel Of The Year, where she featured as one of the judges.