The second poster of Tiger Shroff's Munna Michael was unveiled by the makers of the film on Friday. The poster introduces the leading lady of the film, Nidhhi Agerwal 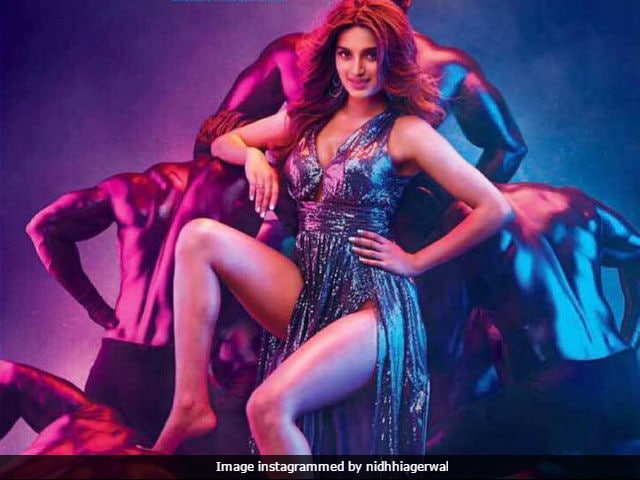 New Delhi: The second poster of Tiger Shroff's Munna Michael was unveiled by the makers of the film on Friday. The poster introduces the leading lady of the film, Nidhhi Agerwal. The 24-year-old actress, who will play the role of Dolly in the film, looks absolutely stunning in the new poster. Nidhhi Agerwal will be making her Bollywood debut with Munna Michael, directed by Sabbir Khan. In the film, Tiger Shroff portrays the role of an aspiring dancer, who idolizes pop icon Michael Jackson. Munna Michael also stars Nawazuddin Siddiqui, who will feature in a negative role. The film, produced by Viki Rajani, also features Sana Saeed and Ronit Roy in key roles.

Check out the second poster of Munna Michael here:

Munna Michael marks Tiger Shroff's third collaboration with filmmaker Sabbir Khan. They have previously worked together in films like Heropanti (2014) and Baaghi (2016).

The 27-year-old actor will also pay tribute to his father Jackie Shroff by recreating the song Ding Dong from 1983 film Hero in his upcoming film.

Tiger Shroff earlier told news agency IANS: "The song is a tribute to my father (Jackie Shroff). There is no better way I could have done it than as his Munna. Dad is my buddy, my first hero... He's the reason I'm here. That's why for this character I'm trying to live his life."

Promoted
Listen to the latest songs, only on JioSaavn.com
Munna Michael will release in theatres on July 21 along with Bareilly Ki barfi, starring Rajkummar Rao, Ayushmann Khurrana and Kriti Sanon.

Tiger Shroff was last seen in 2016 movie A Flying Jatt. His other upcoming projects are - Baaghi 2 and Rambo.