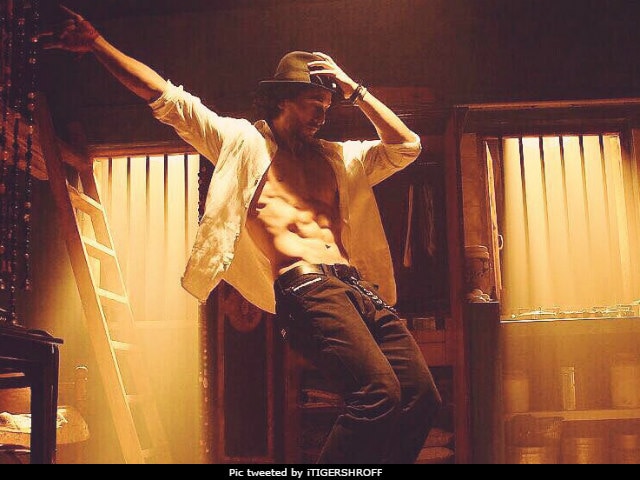 New Delhi: Munna Michael's opening day could be the highest that Tiger Shroff's film will make in one day. An upward graph over the weekend is the usual trend for movies while Munna Michael scored a shade under its first day figures on Saturday, reported trade analyst Taran Adarsh. Munna Michael, also starring Nawazuddin Siddiqui, recorded a score of Rs 6.65 on Friday followed by that of Rs 6.15 crore on Saturday. Munna Michael released across 3000 screens on July 21. Munna Michael marks Tiger's third film with director Sabbir Khan and his first project with Nawazuddin.

In a refreshing change, Nawazuddin features as a don, who is also a dance enthusiast. "He has danced so much in the movie that to show you more of it we are going to make Munna Michael 2 with him," Tiger has earlier said about Nawazuddin. "Tiger features as an aspiring dancer, who looks forward to winning the big prize in a dance competition. Munna Michael also features debutante Nidhhi Agerwal as Dolly, who both Nawazuddin and Tiger's characters are in love with.

Promoted
Listen to the latest songs, only on JioSaavn.com
In his review for NDTV, Saibal Chatterjee describes the movie like any other Tiger Shroff project. "Matters begin settle down a just a tad when a Rajasthani dialect-spouting hoodlum Mahinder (Nawazuddin Siddiqui) enters the scene. He wants to learn how to dance in order to impress the girl he loves. The ambitious protagonist agrees to become the land-grabbing goon's dance instructor because he sees in the association of convenience the key to his future," he adds.

Munna Michael released along with Alankrita Shrivastava's much-awaited Lipstick Under My Burkha and Christopher Nolan's Dunkirk from the Hollywood.