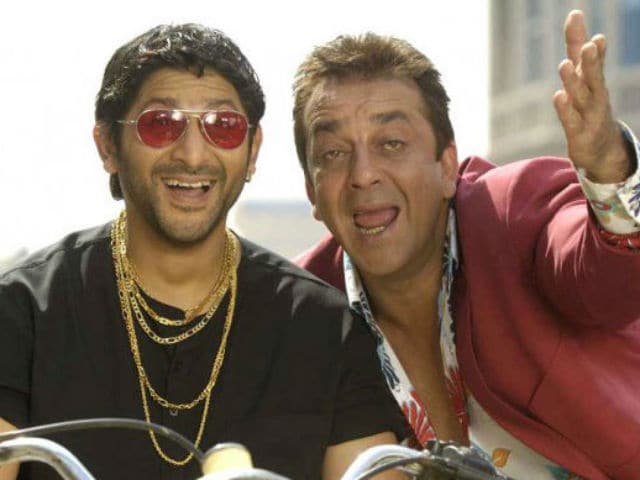 New Delhi: Actor Arshad Warsi, who will reprise the much-loved character of Circuit in the third film in the Munna Bhaifranchise, said the script for the film is ready, reported news agency IANS. The film will be helmed by Raj Kumar Hirani and produced by Vidhu Vinod Chopra."Rajkumar Hirani spoke to me. He gave an idea about the story and it is just superb. The story is very much relevant in today's time. The script is ready," IANS quoted Arshad as saying. The 48-year-old actor also spoke about the shooting schedule of the film and said, "As soon as the biopic (Sanjay Dutt's) is done, we will start shooting it in 2018."

In both the films of Munna Bhai franchise, Sanjay Dutt featured as Munna and Arshad played his friend and confidant Circuit. Further speaking on their roles, the Jolly LLB actor told IANS, "You will soon see the same innocent idiots coming up with a social issue once again. They will make you see the world we want to see. The film will be very sweet and lovely."

Arshad is currently awaiting the release of Irada. The Aparnaa Singh-directed film features Naseeruddin Shah and Divya Dutta. Irada will hit the screens on February 17.

Promoted
Listen to the latest songs, only on JioSaavn.com
A couple of days back, director Rajkumar Hirani told Mumbai Mirror, "I'm going to make just one more Munna Bhai film after which someone else can take the franchise forward and it has to be equally good." Mr Hirani categorically told Mumbai Mirror that he will start shooting for the film after he is done with Sanjay Dutt's biopic. "Now, while I am shooting this film, Abhijat is working on the script of Munna Bhai 3. Hopefully, by the time I'm done with the biopic, it'll be ready and I can jump into it in the New Year.