Mouni Roy rang in the New Year in Dubai 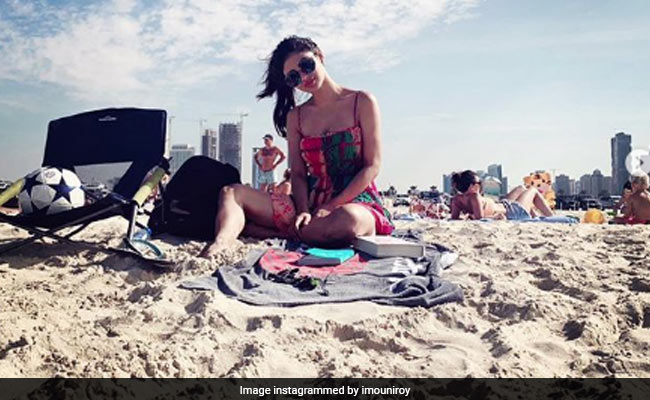 Actress Mouni Roy, who rang in the New Year in Dubai, shared throwback photos from the blissful vacation on Instagram on Monday. Mouni shared a set of photos clicked on the beach and captioned it "Missing". Mouni, who last appeared in a special song in KGF: Kolar Gold Mines, continually shared envy inducing photos from her Dubai vacation. In a set of photos shared last week, the 33-year-old actress can be seen having a gala time in the picturesque landscapes city. "As if someone wonderful touched your mind ...... Of the first sunset and thousand sonnets," she captioned the photos. Mouni's latest photos has close to three lakh likes in less than seven hours.

Take a look at the set of throwback photos shared by Mouni Roy:

As if someone wonderful touched your mind ...... Of the first sunset & thousand sonnets @cchuich

"It matters more than you think & it doesn't matter at all"!!!!!! Is what 2018 taught me. It doesn't matter if it's summer , winter or spring ; big successes or failures; if you are happy & thankful. I hope we all learn to live a lil bit more , break our patterns , do excess of what we love to do & take care of our families, friends better in the new year. Breathe , smile , dance in the moonlight & live the terrifyingly beautiful life .... Happy new year

Mouni Roy, who is best known starring in soaps like Kyunki Saas Bhi Kabhi Bahi Thi and Naagin, made her Bollywood debut opposite Akshay Kumar in Reema Kagti's Gold. Mouni will be next seen in Romeo Akbar Walter opposite John Abraham. Romeo Akbar Walter, which is an espionage drama will hit the screens on April 19. Apart from John and Mouni, the film also stars Jackie Shroff, Suchitra Krishnamoorthi and Sikandar Kher. The film is directed by Robbie Grewal and it is collaboratively produced by Viacom 18 Motion Pictures, KYTA Productions and VA Film Company.

Mouni Roy also has Made In China in the pipeline. Mouni wrapped the shooting of Made In China, also starring Rajkummar Rao in November last year. Made In China will release on August 30.