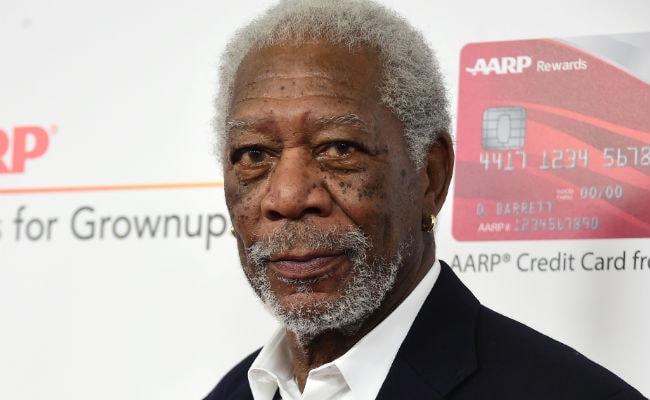 Morgan Freeman at an event in California. (Image courtesy AFP)

Los Angeles: Hollywood movie star Morgan Freeman apologized Thursday over reports that multiple women accused him of sexual misconduct. Sixteen people - eight of whom say they were victims - described to CNN a variety of troubling behavior on production sets or on promotional tours over Morgan's career. "Anyone who knows me or has worked with me knows I am not someone who would intentionally offend or knowingly make anyone feel uneasy," Freeman said in a statement. "I apologize to anyone who felt uncomfortable or disrespected - that was never my intent."

The cable television network quoted a young production assistant who says Morgan harassed her over a period of months in the summer of 2015, while she was working on his bank heist comedy Going in Style.

She accuses Freeman of touching her repeatedly, resting his hand on her lower back or rubbing her lower back without permission, and frequently making comments about her appearance.v The woman said Freeman, who turns 80 next week, continually tried to lift her skirt and kept asking if she was wearing underwear.

Actor Alan Arkin "made a comment telling him to stop. Morgan got freaked out and didn't know what to say," the woman said.

Freeman is the latest in a litany of Hollywood celebrities and other high-profile public figures accused of sexual misconduct since revelations about alleged serial abuser Harvey Weinstein sparked the #MeToo movement last year.

Promoted
Listen to the latest songs, only on JioSaavn.com
He is also accused of staring at women's breasts, asking a woman how she felt about sexual harassment and asking women to twirl for him.

(This story has not been edited by NDTV staff and is auto-generated from a syndicated feed.)
Comments
morgan freemanmorgan freeman controversy