More Birthday Festivities For Nayanthara And Vignesh Shivan In Goa - This Time, His 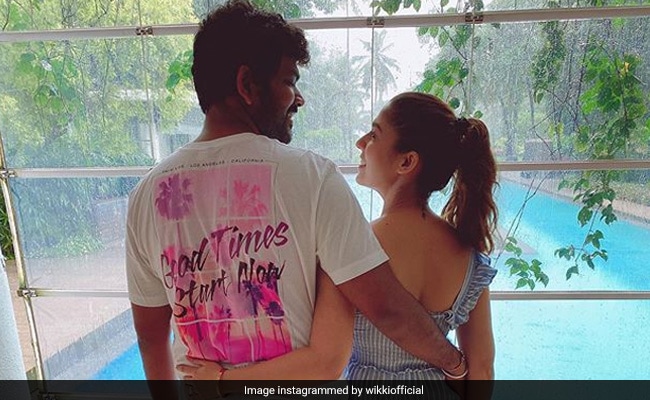 Director Vignesh Shivan celebrates his 35th birthday today in Goa and guess who is with him? Nayanthara, of course. The actress is said to be dating the director and they frequently feature on each other's Instagram profiles. Vignesh shared a picture of himself along with the actress on his Instagram profile. In the picture, the rumoured couple can be seen smiling with all their hearts. He captioned his post: "Birthday vibes. With God's grace and all your wonderful sweet wishes." In the comments section, Samantha Ruth Prabhu wrote: "Happy, happy birthday."

Vignesh has actively been sharing pictures from his and Nayanthara's Goa vacation. Posting a picture of her on Instagram, he wrote: "Stepping into vacay mood after the mandatory holiday mode." He also joined Nayanthara for her mother's birthday celebrations in Goa, a few days ago.

Happy birthday to my dearest ammmuuu Mrs. Kurian a>

Nayanthara and Vignesh Shivan celebrated the harvest festival of Onam together in Kochi, pictures from which they shared on social media earlier this month.

Nayanthara and Vignesh Shivan met on the sets of 2015 film Naanum Rowdydhaan, which Vignesh directed and it featured Nayanthara in the lead role. They fell in love soon after that. Last year, Nayanthara addressed Vignesh as her "fiance" at an event, which triggered reports of their engagement.