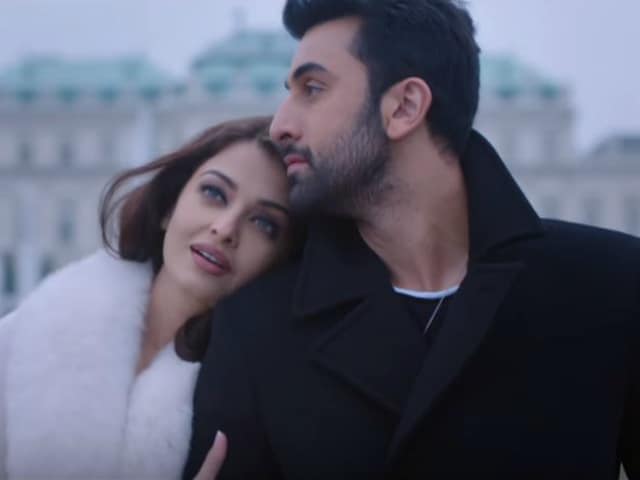 A still from the title song of Ae Dil Hai Mushkil.

New Delhi: The relationship status in Ae Dil Hai Mushkil is very, very complicated, as revealed by the full music video of the title track. Released on Tuesday, Ae Dil Hai Mushkil the song is a ballad for the broken-hearted, played by Aishwarya Rai Bachchan, Ranbir Kapoor and Anushka Sharma.

A short version was released as the teaser of the Karan Johar-directed film a week ago, to instant acclaim.

Set to Arijit Singh's voice, the events in the video show that matters of the heart are mushkil, as the title of the film says.
The hashtag #ADHMMusicVideo trended on Twitter on Tuesday. Emotions ran high, tweets were rather fevered.

A very soulful song, One can or not,walk away from the hurt love sometimes gives...Best song this year .#ADHMMusicVideo

So RK is ending up with Aish?
Give me the movie already#ADHMMusicVideo

Promoted
Listen to the latest songs, only on JioSaavn.com
Ae Dil Hai Mushkil, Karan Johar's first film in four years, is said to be a remake of Yash Chopra's Doosra Aadmi. Fawad Khan makes a special appearance and Shah Rukh Khan has a cameo.

It releases this Diwali, on the same day as Ajay Devgn's Shivaay.