Mohanlal, Mani Ratnam And Sukumaran In A Vintage Pic From 1984

The vintage photo is from the sets of the 1984 Malayalam movie Unaru, which was directed by Mani Ratnam 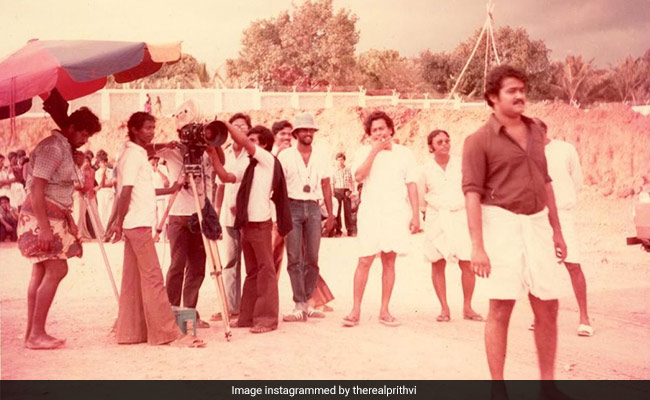 Malayalam actor Prithviraj Sukumaran, on Friday, shared a blast from the past featuring his late father, actor Sukumaran, superstar Mohanlal and National Award-winning filmmaker Mani Ratnam on his Instagram profile. The vintage photo is from the sets of the 1984 Malayalam movie Unaru, which was directed by Mani Ratnam. Ravi K Chandran, who can also be seen in the photo, worked as a cinematographer on the film. In the picture, Mani Ratnam and a few other crew members can be seen behind the camera filming Mohanlal, who can be seen standing with his back towards the lens. Sukumaran can be seen observing the shot from a distance.

Unaru was Mani Ratnam's second film as a director, the first being the 1983's Pallavi Anu Pallavi. He has won the National Awards for directing films like Mouna Ragam, Geethanjali, Anjali, Roja, Bombay and Kannathil Muthamittal.

Mohanlal, who has won five National Awards, is the star of films like Bharatham, Vanaprastham, Thanmathra, Paradesi and Drishyam. He was last seen in the Drishyam sequel. Mohanlal's upcoming projects are Marakkar: Arabikadalinte Simham, Aaraattu and Ram.