"Missing The Beach," Kareena Kapoor Did This To Keep Herself Busy

Kareena Kapoor had checked into a beach destination earlier this month Kareena Kapoor who returned from her Maldives holiday on Sunday, is having some serious beach cravings and she found a way to quench it. Yoga it is! On Wednesday afternoon, the 40-year-old actress shared a sun-kissed selfie on her Instagram story and she wrote in her caption: "Missing the beach while waiting for Anshuka yoga." Kareena Kapoor has been actively practicing yoga and working out regularly of late. On Tuesday, she was joined by her bestie Amrita Arora for an online workout session because "BFFs who plank together, stay together." 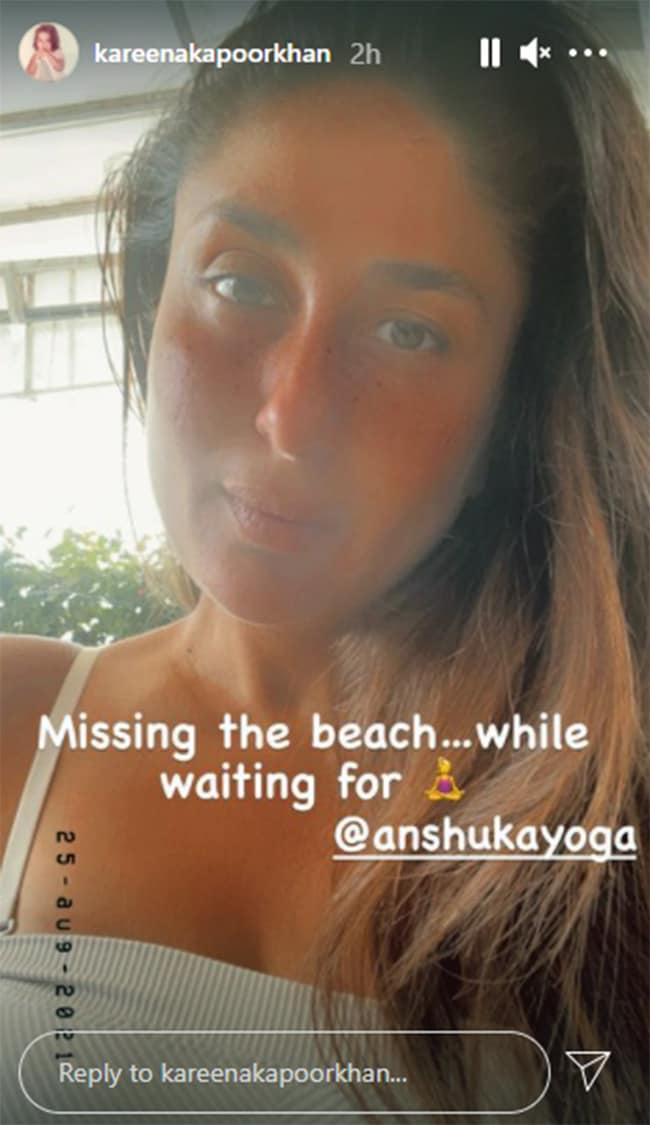 Kareena Kapoor flew to Maldives with her husband Saif Ali Khan and sons Jeh and Taimur. The family of four returned just in time for Raksha Bandhan festivities. From Maldives, Kareena posted a picture of herself with Jeh and she wrote: "Love, happiness, and courage to you always. Happy 6 months my life."

The family celebrated Saif Ali Khan's 51st birthday in Maldives too. Posting a picture, Kareena wrote: "Happy Birthday to the love of my life... To eternity and beyond with you is all I want." Check out the picture here:

Kareena Kapoor was last seen in the 2020 film Angrezi Medium, co-starring late actor Irrfan Khan, and actress Radhika Madan. Kareena will next be seen in Aamir Khan's Laal Singh Chaddha, which is a remake of the 1994 film Forrest Gump. Kareena shot for parts of the film during her pregnancy last year. She recently turned author with her pregnancy memoir The Kareena Kapoor Khan Pregnancy Bible. The actress will soon make her debut as a film producer.