How Adorable Is This Pic Of Kareena Kapoor And Baby Jeh In The Maldives? 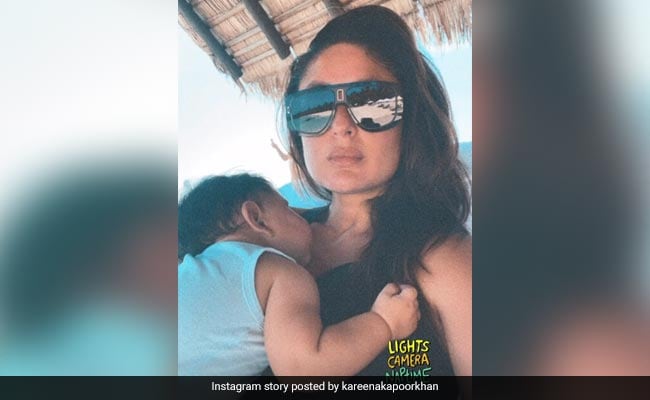 Another day, another picture of Kareena Kapoor from her Maldives vacation. Only this time, she checked into Instagram from the beach destination with her baby son Jeh. On Friday, Kareena Kapoor posted a photo of herself holding her baby son in her arm and clicking a selfie. She looks pretty in a black outfit, which she paired with shades. Baby Jeh can be seen sleeping on Kareena Kapoor's chest. "Lights, camera, naptime," Kareena Kapoor captioned the photo that she shared on her Instagram story. The actress flew to the Maldives with husband Saif Ali Khan and sons Taimur and Jeh earlier this week. The couple welcomed baby Jeh in February.

Check out Kareena Kapoor's latest picture from her vacation here: 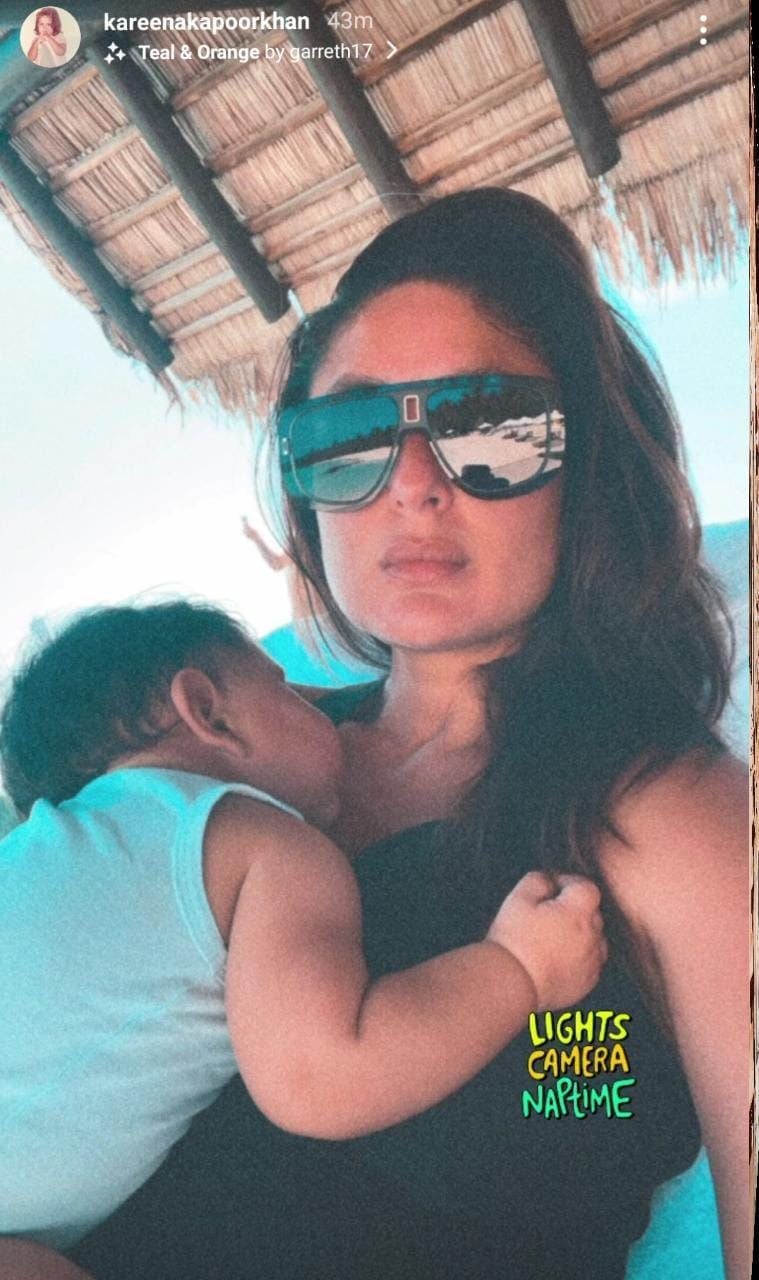 Kareena Kapoor and her "selfie series" from the Maldives continue to amuse us. The actress treated her fans to a stunning picture of herself enjoying her vacation in black beachwear on Thursday. Check it out here: Meanwhile, see other photos that the actress has shared from her vacation:

Kareena Kapoor made her debut in Bollywood with JP Dutta's 2000 film Refugee. She is known for her performances in films like Jab We Met, Ra.One, Tashan, Good Newwz, 3 Idiots, Heroine, Aitraaz, Kurbaan, Talaash, Asoka, Bodyguard, Omkara and Veere Di Wedding among others.

The actress will next be seen in Karan Johar's period drama Takht and Lal Singh Chaddha, in which she will share screen space with Aamir Khan. Both Lal Singh Chaddha and Takht are slated to release on Christmas next year.