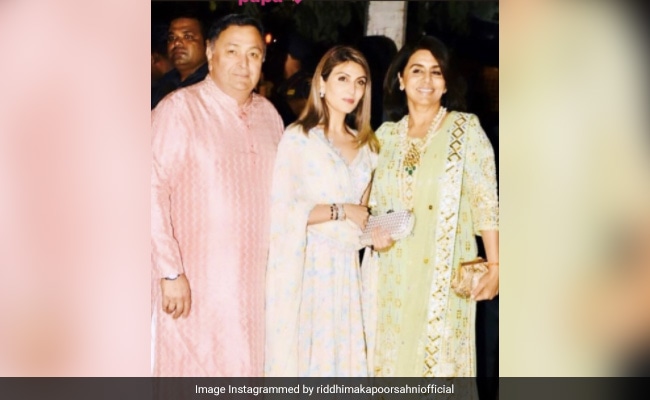 Rishi Kapoor used to be the heart and soul of every Kapoor get-together. The veteran actor died in Mumbai on April 30 after battling cancer for two years. Rishi Kapoor's daughter Riddhima and wife Neetu Kapoor often remember the actor in emotional posts and Riddhima shared one such heart-wrenching note this Diwali. "Miss you, papa," she captioned a throwback photo from last year, in which she features with both her parents. Rishi Kapoor, Neetu and Riddhima were clicked outside Amitabh Bachchan's Diwali party, which was held in Jalsa. Rishi Kapoor returned to Mumbai in September that year after spending almost a year in New York for treatment. 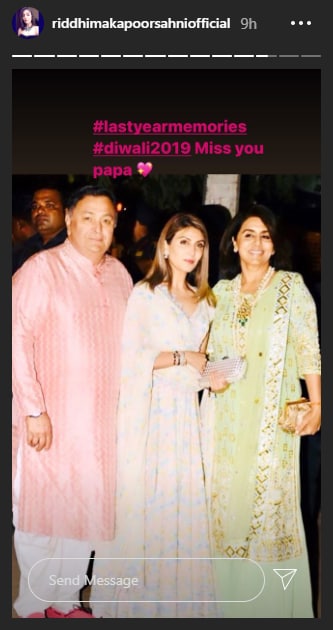 Neetu Kapoor also missed Rishi Kapoor's presence as she started a new venture - upcoming movie Jug Jugg Jeeyo. She co-stars with Varun Dhawan, Anil Kapoor and Kiara Advani in the movie, the team of which flew out of Mumbai just ahead of Diwali. "While Kapoor Sahab, you aren't here holding my hand, I know you are with me... #RnR thank you for encouraging me to do this," Neetu wrote in a post.

After Rishi Kapoor's death, Riddhima, who is a Delhi-based jewellery designer, spent months with her mother in Mumbai. Riddhima recently flew back to Delhi while Neetu Kapoor began work on Jug Jugg Jeeyo.