Before attending the parties, Shahid and Mira appeared to have some family-only celebration back home with baby Misha 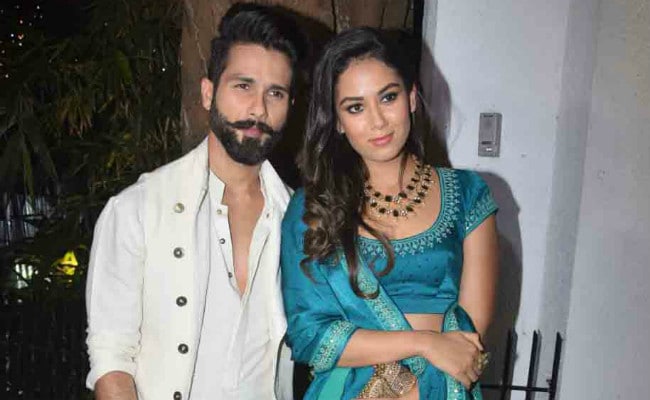 New Delhi:
Post Diwali, celebrity photos from some of the biggest showbiz parties is what's keeping the Internet very busy. Shahid Kapoor and Mira Rajput have particularly been zeroes in after they were spotted both at Aamir Khan's and the Kapoors' Diwali bash. Before attending the parties, Shahid and Mira appeared to have some family-only celebration back home with baby Misha. The little one celebrated her first birthday this August and followed it up with Diwali celebrations last night. For the Diwali festivities, Misha and Mira were wardrobe coordinated, glimpses of which are on Shahid Kapoor's Instagram. Shahid and Mira married in a close-knit ceremony in 2015 and Misha was born in August last year.

In separate posts, Shahid shared photos of Mira and Misha along with a special message mentioning his daughter: "Phoolon ki rangoli with my little angel. On this festive day let's celebrate love and togetherness."

Here's how Misha Kapoor's first Diwali with Shahid and Mira looked like:

Phoolon ki rangoli with my little angel. On this festive day let's celebrate love and togetherness.

Promoted
Listen to the latest songs, only on JioSaavn.com
Shahid Kapoor and Mira Rajput made couple entries to Aamir Khan's party later that evening. Mira was stunning in a dark turquoise lehenga and accessorised with a beautiful neckpiece while Shahid complimented her in white traditional. Our favourite celebrity couple also checked in at Anil Kapoor's Diwali party last night. 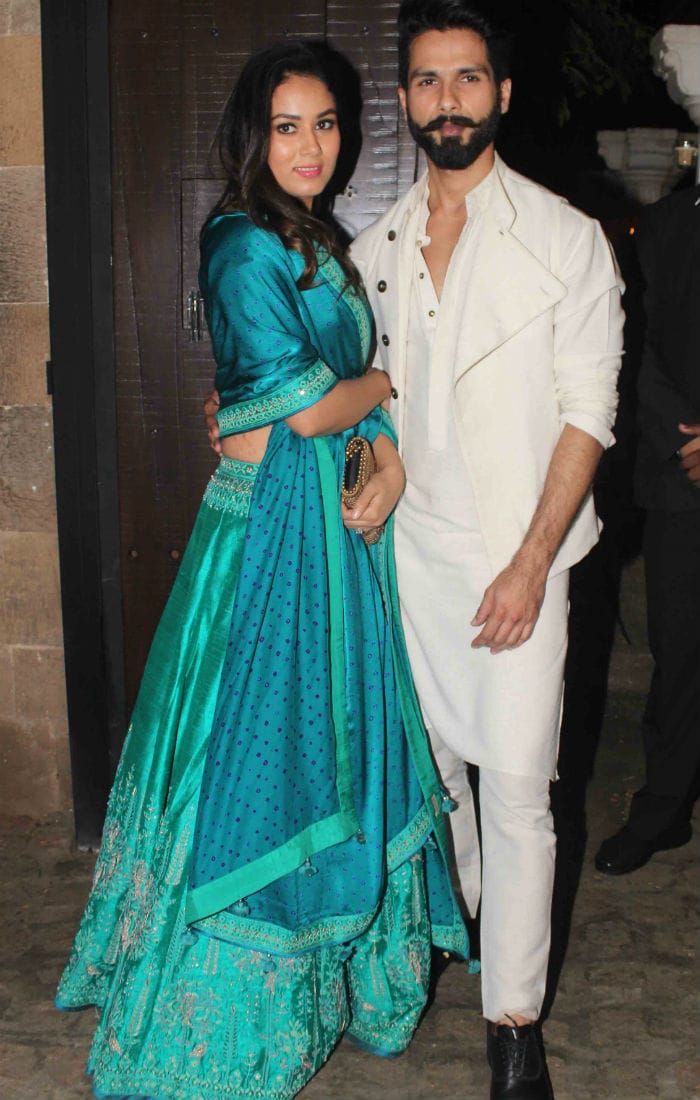 Shahid and Mira from last night

Misha and Mira are Shahid Kapoor's favourite subjects on Instagram. The mother-daughter duo even accompany the actor to his work trips and are spotted hanging about Mumbai together. Misha also drops by at Shahid's gym to pick the actor up!

On the work front, Shahid Kapoor will next be seen in Padmavati, the trailer of which recently released. Directed by Sanjay Leela Bhansali, Shahid co-stars with Deepika Padukone and Ranveer Singh in the film.