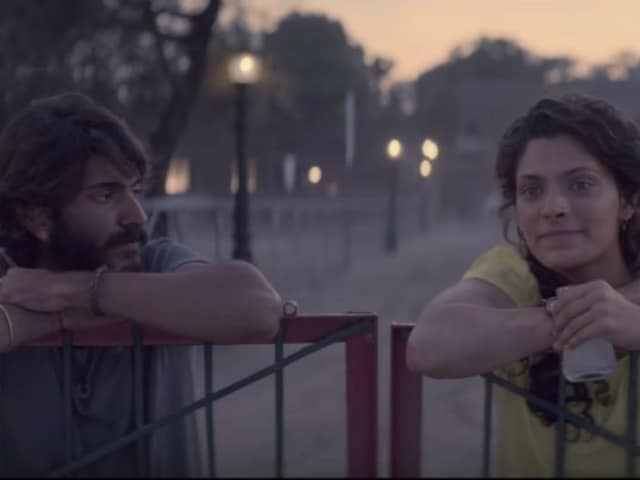 A still from Aave Re Hitchki.

New Delhi: Aave Re Hitchki, the new song from Mirzya, is as smooth and melodious as it is punctuated with hitchki-worthy moments shared between lead actors Harshvardhan Kapoor and Saiyami Kher.

Both Harshvardhan and Saiyami will make their Bollywood debuts with the film, which is based on the Punjabi folktale of Mirza Sahiban. Unlike the previous songs from the film, Aave Re Hitchki is set in the present time and narrates the tale of how the characters played by Harshvarsdhan and Saiyami bond over horse-riding sessions. By the end of the song, Harshvarsdhan trains Saiyami to ride at par with him.

Composed by Shankar-Ehsaan-Loy, the song has lyrics by Gulzar and has been sung by Mame Khan and Shankar Mahadevan himself.

Watch Aave Re Hitchki from Mirzya:

Harshvardhan is the son of Anil Kapoor and the brother of actress Sonam and producer Rhea. The Kapoors showed up in full strength at the release of Mirzya's soundtrack last week.

Promoted
Listen to the latest songs, only on JioSaavn.com
Directed by Rakeysh Omprakash Mehra, Mirzya marks Gulzar's return to screenwriting after 17 years. Mirzya is set to release on October 7.