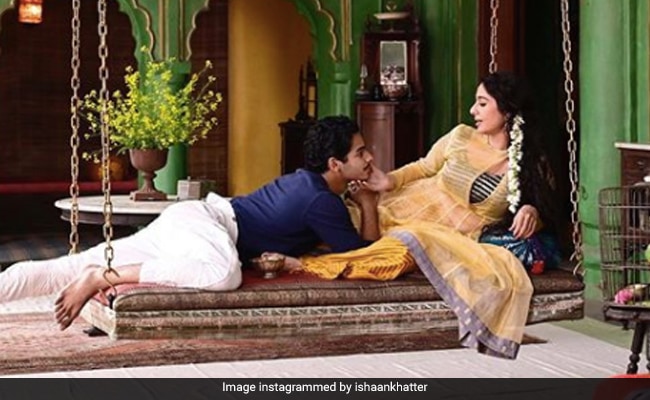 Mira Nair, winner the 45th Toronto International Film Festival's Jeff Skoll Award in Impact Media, will be under the spotlight again on the festival's final night. A Suitable Boy, her wonderfully engaging six-episode adaptation of Vikram Seth's sprawling novel, will ring the curtain down on TIFF 2020. The BBC Studios production is set to premiere on Netflix soon. The director, who lives between New York, New Delhi and Kampala, discusses aspects of bringing A Suitable Boy to the screen that made the exercise worth the enormous amount of time and effort that went into it. The shoot ended in mid-December just before the virus struck and the post-production happened amid the pandemic with Nair working "on three devices in my room" and the crew operating from four continents. "Technology was on our side," she says, "plus there was jugaad."

How difficult was it to compress a 1,500-word novel into a six-hour miniseries? How much did you have to work with screenwriter Andrew Davies to arrive at the final structure?

I came into the project three years ago when Andrew had already written the eight-hour version. I thought it was a masterful distillation. But the emphasis was much more Pride And Prejudice than the political landscape. What I did with him - with Vikram Seth very much a reference - was weave the political with the personal so that as Lata finds her way, the country also forms itself. That shift of emphasis is what I brought to it. But the essential distillation had already been done. It was just reshaped. I brought in some characters that did not exist before like, for instance, Mrs. Mahesh Kapoor, who was the cornerstone of that political family in her quiet, even dutiful, way, traditional on one level and deeply strong on another. She was not such a force in the earlier draft. Finding Geeta Agrawal Sharma to play the character was a bonus.

How much did the cast ease things for you?

This was one of the reasons I did A Suitable Boy. I love actors. I love the talent that we have. It was close to 110 characters. Anyone I fell for, and I fell for many, was with me. They all said yes, however small their role. Vijay Raaz has only two scenes and he is a great star. He began with me in Monsoon Wedding. A lot of people in this series started with me. It was extraordinary for them to have no ego and say okay I am in, like Randeep Hooda, Vijay Raaz and so many others. With Manoj Pahwa, the electricity was just palpable. I kept building the part of the Maharaja because of this extraordinary actor. Shahana Goswami is a total sparkler. The way she took on Meenakshi was both free and skilled. And finding Tanya, my Lata, was really hard because that combination of innocence and feistiness is not something you find today in girls in their 20s.

How did you eventually find Tanya Maniktala?

I had these wonderful casting directors (Nandini Shrikent, Karan Mally and Dilip Shankar) in Mumbai and Delhi. We scoured India. They went everywhere. We started casting Lata in 2018 because it is on her delicate shoulders the whole thing rests. I haven't counted, but I must have seen a few hundred, may be 500, young girls. Also, movie stars wanted to play the part. We went down that road as well. But the quality of Lata, which was very important, well, I call her 'a dewdrop in action', is that she hasn't seen the world, she is on the brink of seeing the world, and in her there is this open-eyed wonder combined with intelligence. I first saw a very lousy video image of Tanya. She had dark circles around her eyes. She was an advertising executive and it was the end of her working day. She just said something. I immediately asked Dilip Shankar who is this girl, let's see her. When I saw her, it was pretty instant! Then we put her with Haresh Khanna and the other guys. The spark started to fly in the beautiful way that she has.

The role models for women in the 1950s were limited but powerful. I remember even as a young child seeing Sushila Nayyar, no relation, as part of the first Cabinet. The distinct impression it made on me was that women can lead. In a way, women have led in India much more than in the west. There is a much greater democratization for women today in several spheres. But I think patriarchy and violence, and the subjugation that goes with them, are very abject. Though women are in leadership positions, the core patriarchal values persist. Look at what is happening in the press now - it is deplorable.

Isn't the nation too still struggling to find its true identity?

Yes, based on the seeds that were planted back then. That is what is interesting about Vikram Seth's prescience. He didn't just think of the freedom struggle or what created the partition but also of the seeds that we are still reaping.

As a director, do you handle a newcomer differently from a seasoned actor?

I try to create an atmosphere in which they feel completely safe even to play the fool: a kind of irreverent and protected space. The skilled ones do not necessarily need it, but the new actor definitely does in order to feel at home. Creating that environment is a delicate process. It takes its time. In the case of A Suitable Boy, I rehearsed a lot with the younger ones, with Ishaan and Tanya. With the others, there weren't full-on rehearsals.

The actor playing Tasneem (Joyeeta Dutta) is very interesting. She has worked with you before, right?

I made a stage musical of Monsoon Wedding. It had 20 actors. Eighteen of them are in the series. I knew Joyeeta would be a star. Firstly, she is so exquisite. Secondly, she is a lovely actor. Also, she looked remarkably like Tabu. She plays her younger sister. It was important for me to cast the families so that they looked like families. Take Mahira Kakkar. She looks astonishingly like Tanya. That was critical for me - how to distinguish the Mehras from the Kapoors, the Chatterjis, the Khans. That took a long time because each family has so many characters. God bless my casting directors. They found actors from everywhere. Take Ananya Sen, who plays the smaller role of Kakoli. She is a theatre actor from Calcutta. I don't think she has done a movie before. She is fantastic. She's not like a movie star. She is like a regular person. I was looking for faces from the 1950s. I am so pleased Tanya is TIFF 2020 Rising Star. It's a big prize. I'm so happy that she is going to be on her way. Also Ishaan Khatter. He was a magnet. He was extraordinary from the moment I auditioned him.

Apart from Lata, Maan and Saeeda Begum, which characters do you particularly love in A Suitable Boy?

I love Meenakshi (played by Shahana Goswami). She is so delightfully herself and uncomplicated morally. She does what she has to do to live life. She is greedy for life. And, of course, Saeeda Begum was the reason I decided to do A Suitable Boy. I come from so much love of the ghazal, of poetry, of that culture. There was no one but Tabu. She is the first person I spoke with right at the beginning.

Did you give any special instructions to the actors playing the unlikeable characters, like the Raja of Marh (Manoj Pahwa) or the home Minister Agarwal (Vinay Pathak)?

I don't like to look at villains as pure villains. With Agarwal's role, yes he is a right wing man and all that, but what I tried to do - and it was not in the script, it is something we developed - is that when Maan is in prison and isn't allowed to go for his mother's cremation and his father approaches Agarwal for help, he apologizes, he says he can't do this... Even Agarwal has a heart. It makes everything deeper when we speak of many shades. It would so boring if a character is only emblematic of evil, of villainy, of fundamentalism. With the Raja, it was different because half the time he is alcohol soaked, he is not in his wits. His whole life he has been indulging his every whim. In that sense, he was less nuanced. You don't get to show other sides of him. He probably didn't know other sides of himself.

Is there any particular strand of the story that you felt bad about leaving out of the series?

There is this whole section in the book about how Haresh Khanna believes in connecting people for their strengths. It is he who meets Kabir Durrani's father, who is a math professor, and through that meeting Kabir meets the young boy Bhaskar, who is a math prodigy. That is what helps Kabir recognize the child in the mela where the latter is feared dead. I missed Professor Durrani, I missed that inter-connectedness. Also, that I had cast my husband, a professor in real life, as Professor Durrani as a way of seeing him once in two years. It took a long time to make this. I was always away from home.

A Suitable Boy is weeks away from streaming on Netflix. What kind or response do you expect in India?

I hope they are drawn to it. I hope the story serves as a mirror to our world today, to our society today. I hope it makes people reflect on where we have come. I am aware that its very rigorous and economically made. Unlike Indian shows, which are much longer, this is a six-hour adaptation of a big novel. So, the rhythm is a little different. It is very quick because it has to cover so much ground. It is also the way I like to tell stories. I hope Indian audiences relate to it. Another thing is a particularly the way we used to speak English in the 1950s: it is how I am speaking with now. It is a more refined and taught English. The cadence comes from Vikram's book. It is very different from the 'come on yaar, we've gotta go' kind of English we speak in India today. I am just hoping that the depth and beauty of Vikram's story, and the nation's story, is going to capture their imagination, and their hearts.

What was Vikram Seth's first reaction to the adaptation?

His first reaction was just two words "thank you". He was a guardian angel all through. He obviously cared deeply for it. He was very happy with the cinematic quality of the adaptation. A Suitable Boy is cinema and that is why I am particularly happy that TIFF is showing all six hours of it on the big screen.