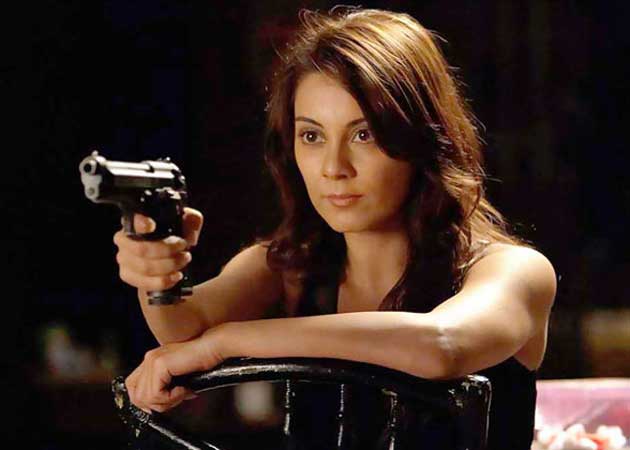 A still from Kidnap featuring Minissha

Actress Minissha Lamba is back in news for being one of the twelve contestants on the latest season of the celebrity reality show Bigg Boss. We trace her career graph which lead up to her participation in the show and we try to decode her motive behind doing so.

Minissha was born on January 18, 1985 in Delhi to a Punjabi family. She studied in schools across India before completing her graduation from Miranda House in the Capital city. She wanted to be a journalist but her interest in modeling took her to filmdom eventually. (Also Read: Minissha's Agenda on Bigg Boss 8)

During college, Minissha shot commercials for a few leading brands which led her to Mumbai. It was at this shoot that director Shoojit Sircar approached her to feature in his upcoming film, Yahaan, which released in 2005, his debut as a movie director. The film didn't create ripples at the box office but was critically acclaimed and she even grabbed a few awards as a result of that. The song Naam Ada Likhna, which featured her and actor Jimmy Shergill, turned out to be a hit.

In 2006, she played forgettable roles in Corporate, Rocky and Anthony Kaun Hai. But in 2007, she was got noticed for her performances in Honeymoon Travels Pvt Ltd and Dus Kahaaniyan. She played a superhero in the former, while she played a village girl in latter. But success still eluded her.

But in 2008, things changed. Her first release of the year Bachna Ae Haseeno was a blockbuster hit. She played one of the girls who falls for the cassanova, played by actor Ranbir Kapoor to perfection. Songs from the film featuring her were huge hits.

Minissha, who had earned herself 'a good girl' image with her performances then, decided to break that with her next release Kidnap. The film, which was both a commercial and critical debacle, was only in news because of Minissha's dared to bare in a bikini. But unfortunately for her, the film's failure set her career plummeting.

In next few years she was seen in films like Shaurya, Anamika, Well Done Abba and Joker. She also made an entry in Punjabi and Kannada film industries. Well Done Abba won the National Film award for being the Best Film on Social Issues. But she could never achieve the success that was foreseen for her having done movies like Bachna Ae Haseeno, and she almost faded away from public memory. Though she did try garnering herself some publicity by appearing on many magazine covers, mostly in bikinis, but to no fruitful avail.

That was until she was spotted entering the Bigg Boss house. Will this turn out to be the boost her flailing career needs? Only time will tell.