Mini Mathur, Cyrus Broacha And Cyrus Sahukar In A Throwback From MTV Days 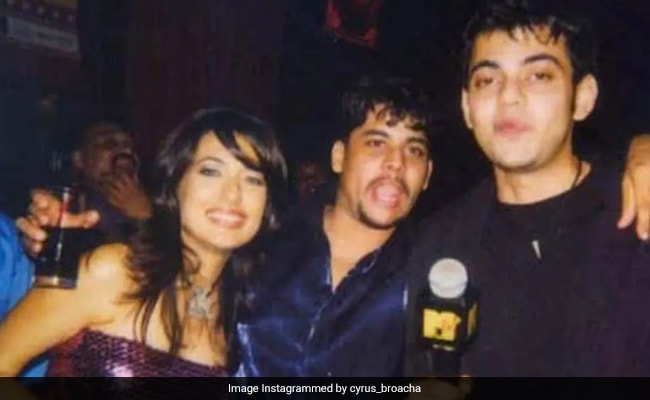 It is Throwback Thursday already? Because Cyrus Broacha shared one perfect good, old picture from his MTV days. What's even better is that the picture features another Cyrus (Cyrus Sahukar) and Mini Mathur - all of them were top VJs of their time. Sharing the picture on his Instagram profile, Cyrus Broacha captioned it: "Sahukar, Mini and me." In the comments section, Mini Mathur wrote: "Want to be back at this party! MTV clothes launch?" Former MTV VJ (and now chef) Maria Goretti also dropped a comment on the post that read, "Soooooo cute."

Check out the throwback shared by Cyrus Broacha:

Mini Mathur is one of the most celebrated TV show hosts in India, having hosted multiple seasons of the singing reality show Indian Idol. Mini Mathur also played the lead in the popular Amazon Prime web-show Mind The Malhotras, in which she co-starred with fellow MTV VJ Cyrus Sahukar.

Cyrus Sahukar has been a part of films like Delhi 6, Aisha, Rang De Basanti and Khoobsurat, to name a few. He hosted several TV shows like MTV Bakra Gag, Chill Out, Spelling Bee and India's Got Talent.

Cyrus Broacha is best known for hosting MTV Bakra, a show where he carried out pranks. He also co-hosted MTV Loveline with Malaika Arora. He also featured on TV shows Jhalak Dikhhla Jaa and Fear Factor - Khatron Ke Khiladi Level 3. Other than that, Cyrus Broacha is also a columnist, comedian and a podcaster.

Can You Relate To This? Gauahar Khan Shares A Hilarious Video On Fasting During Ramadan