Milind Soman, Who Was In The RSS At Age 10, Tweeted This After Trending

Milind Soman, who was in the RSS as a boy of 10, acknowledged the trend with a tweet 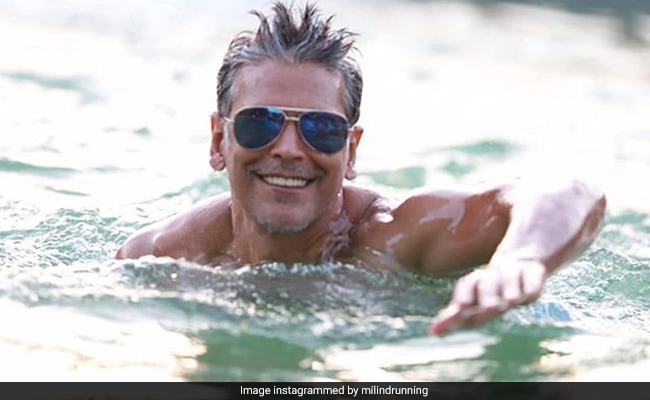 After trending all day Tuesday on Twitter, model-actor Milind Soman posted this wry acknowledgment: "Trending for at 54 for an experience I had at the age of 10. Wish it was about swimming, which was at the same time!" Milind found himself the unwitting focus of social media's attention after an excerpt from his memoir, titled Made In India, was published by ThePrint. In the excerpt, Milind details his involvement as a boy with the local shakha or branch of the Rashtriya Swayamsevak Sangh, catching many on Twitter by surprise. "No longer hot," read one tweet posted on Holi, reflecting the general sentiment of those who were taken aback by Milind Soman's RSS past. Others jumped to Milind's defence, attacking his critics on his behalf.

Trending at 54 for an experience I had at the age of 10. wish it was about swimming, which was at the same time!

As Milind Soman tweeted, he was 10 when he started swimming (he would later become a swimming champion) and also enrolled at the RSS shakha. His memories of the RSS are such that he is now "baffled" by what he calls "the subversive, communal propaganda the media attributes to RSS shakhas," Milind Soman writes in his memoir. "My memories of what happened at our shakha between 6 and 7 p.m. each weekday evening are completely different-we marched about in our khaki shorts, did some yoga, worked out in a traditional outdoor gymnasium with no fancy equipment, sang songs and chanted Sanskrit verses that we did not understand the meanings of, played games and had a bunch of fun with our fellows."

Milind Soman's introduction to the RSS was by way of his father, an advocate of fitness and discipline, just as his son would grow up to be. "My dad had been part of the RSS himself and was a proud Hindu. I didn't see what there was to be proud about, but on the other hand, I didn't see that there was much to complain about either," Milind writes in his memoir.

Milind Soman became a superstar after appearing in the music video for Alisha Chinai's Made In India. Apart from having a successful career as a model, Milind Soman has also featured in films like Jodi Breakers, Bajirao Mastani, Chef, David and many more.