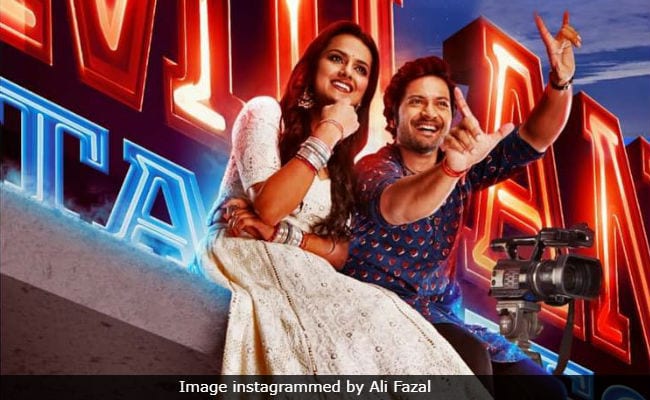 A vibrant evocation of small-town Uttar Pradesh, Tigmanshu Dhulia's Milan Talkies is a lively, off-kilter love letter to mainstream Mumbai movies and the city of Allahabad. Even when the film isn't at its best and seems to be meandering somewhat, the onscreen performances - the lead actors Ali Fazal and Bollywood newbie Shraddha Srinath contribute winning star turns - and the racy verbal jousts between its attention-holding characters keep it on the boil.

Scripted by Dhulia and Kamal Pandey and shot with fluidity and flair by DP Hari K Vedantam, the film is boisterous, funny and sly - a love story that revolves around a single-screen movie theatre in the heart of town where an ageing projectionist plays Cupid to a wannabe filmmaker and his beloved. 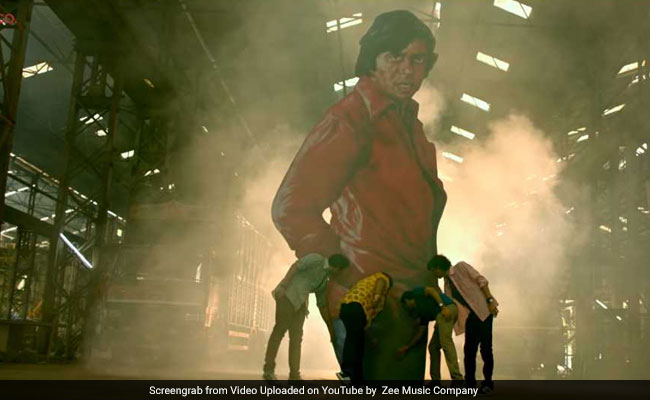 As the old gives way to the new and well-ensconced patriarchy clashes with youthful aspirations and the rise of modernity, the fissures are sharp and often painful. Milan Talkies paints a portrait of that unstoppable process with empathy, lightness of touch and impressive understanding of societal/political flux.

The film blends the make-believe of Hindi potboilers with the hard-edged realities of a town where self-styled guardians of morality, ultra-conservative priests refusing to yield to the winds of change and over-ambitious crooks hold sway. For Aniruddh "Annu" Sharma (Ali Fazal brings unwavering authenticity to the ambitious, cynical but essentially spotless character), who wants to make it big as a movie director, this certainly isn't the most conducive environment. 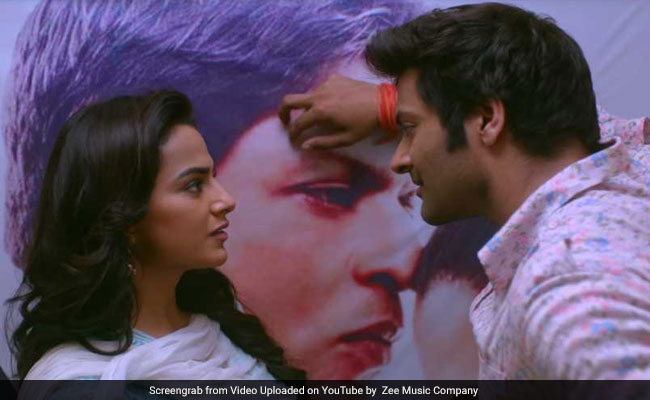 His cinema-obsessed dad (Tigmanshu Dhulia), whose hopes of movie stardom never took wings but who hasn't let that erase the imprint of flickering images have had on his mind, thinks otherwise. When Annu decides to elope with the girl he loves, his father advises him not to go to Mumbai come what may. Once bitten twice shy. But his mom counters the suggestion: go nowhere but to Mumbai, she orders. But there is too much to be reckoned with in Allahabad before the aspiring filmmaker and his lady love can break away from the stranglehold of the place. 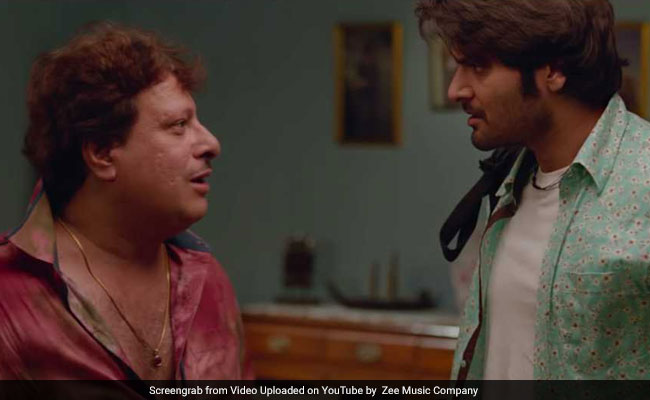 We first see the good-natured Sharma patriarch at the dinner table joyously crooning Aaj Mausam Beimaan Hai Bada from the Dharmendra's Loafer. His son stops him and implores him to sing a different tune. The world has changed, he says to his dad. It indeed has. It is 2010. Anti-Romeo squads are on the rampage on the streets of Allahabad. Their depredations worsen with each passing year - the film spans a period of three-and-a-half years.

Early on, the lead actor of one of Annu's fly-by-night films is caught with his girlfriend on a boat on the Ganga by the villainous vigilantes. His organ is bloodied. Surgeons have to stitch it back to save his life. The under-production film grounds to a halt because, in the worldview that dominates here, an 'emasculated' hero is of no use to movie fans.

But established notions of masculinity are soon sent for a toss - it turns out that the libido of the leader of the anti-Romeo squad, Guru Panda (Sikandar Kher), is as dead as a dodo. The only way he can assert his virility is by using his lathi. He expresses his frustrations first on the soothsayer who predicts what life holds for him and then, with increasing ferocity, on young people in love. 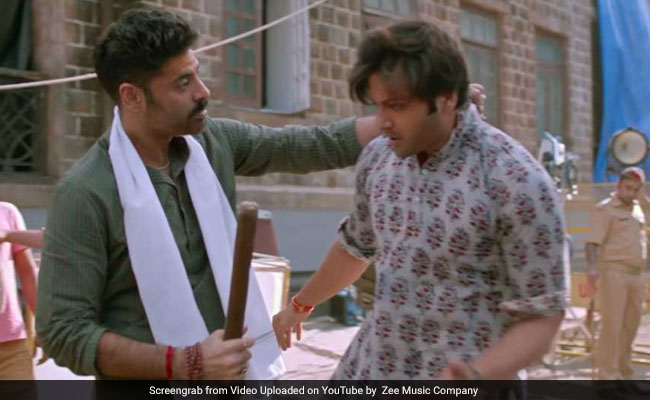 Guru cannot stand the sight of the dashing Annu. The latter, when a power outage disrupts a screening of Mughal-e-Azam in Milan Talkies, the prime site of his love affair, uses back-lighting to project himself on to the blank screen and mimics lines delivered by Prithviraj Kapoor and Dilip Kumar to prevent the audience from running amok. (Ali Fazal does a fabulous job in this brief sequence, a crucial extension of which inter-cuts the film's climax on a running train).

Annu is adept at leading a double life. To raise funds for his films, he helps weak students pass college exams by manipulating the system. He is a man who is clearly not averse to resorting to foul means when the need arises. When the criminal Kaptaan Singh (Deep Raj Rana), out on bail, insists on playing a key role in a film, Annu puts him in the uniform of a cop and engineers a raid on the location by the police. Kaptaan is nabbed and sent back in jail. Annu returns to filming in peace.

Shraddha Srinath (in her first Hindi film) is superb as Maithali, a priest's daughter who faces the threat of being hitched to a boy of her father's choice if she sails through her final college exam. Annu, who has a crush on her, helps her pass although he knows he might lose her in the bargain.

The minor characters in Milan Talkies - including the seasoned projectionist Usman (Sanjay Mishra) - are anything but minor in terms of impact. Each one of them lends his or her mite to the film. Apart from Ashutosh Rana, Deep Raj Rana and Sanjay Mishra, who are all in full flow, Reecha Sinha (playing the heroine's trusted friend Babli) makes the most of the few opportunities that the screenplay offers her. One often-underrated actor who makes a particularly strong impression is Rajeev Gupta (in a brilliant extended cameo as Maithali's maternal uncle and trouble shooter). 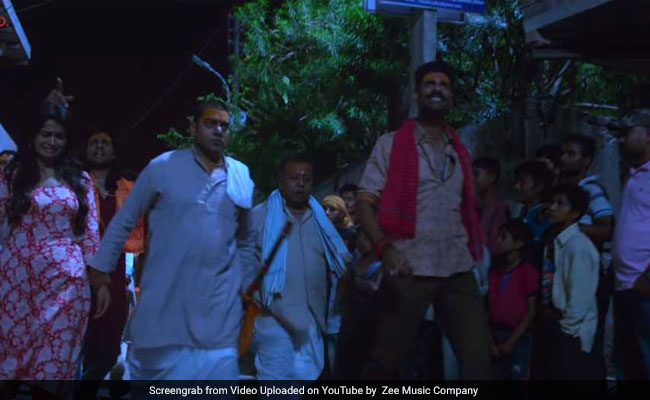 In one of his early scenes, Gupta's self-effacing character compliments Annu for being good at both "shooting" and "cheating". Annu's reply sums up the influence that Hindi cinema wields on the masses: "Dono mein naqal karni padti hain, ek mein filmi, aur ek mein ilmi."

But there isn't much in Milan Talkies that could be dismissed as fakery. It is a thoroughly enjoyable film that, despite its 140-minute runtime, manages to skirt around major bumps on the way. There are some no doubt, but the film never veers off its chosen course. If you let it grow on you, you will end up liking it.