'Aamir Khan's Thirst For Knowledge Has Stayed With Me,' Says This 3 Idiots Actor

"You are your last hit film," said Ali Fazal 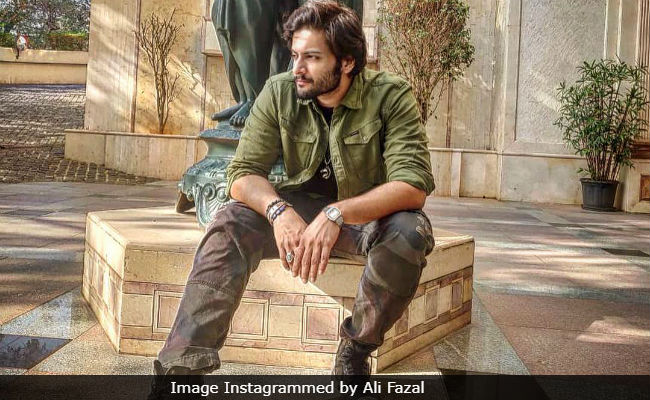 Ali Fazal began his career a decade ago with 3 Idiots, starring Aamir Khan and the actor says the superstar's hunger for knowledge has stayed with him throughout his journey. Ali, who had a cameo appearance in the Rajkumar Hirani-directed 2009 blockbuster, says film was a learning experience for him. "I used to always observe Aamir. Between takes, we would snap out and play chess and read books. That stuck with me for some reason. His thirst for knowledge, that even at that level the man was going nuts, trying to figure out and say 'I haven't learnt enough'," Ali told PTI.

The actor says he is glad he realised so early in his career that a performer should never get complacent. "I realised it's never enough, especially for artistes. We are doomed if we are satisfied. We have got to keep going. If I'm completely satisfied with Mirzapur, that's the death of me," he added. Ali will be next seen in Tigmanshu Dhulia's Milan Talkies. While the filmmaker has been wanting to make the film since 2012, a chance visit to Tigmanshu's office landed Ali the lead part in the romantic-drama.

"I met Tigmanshu randomly four years ago in his office. I had gone to congratulate him for Paan Singh Tomar and he told me he's making Milan Talkies. Then four years later, he calls me for the same film. "It was such a well-written script. I couldn't put it down. I've always admired Tigmanshu as a writer and director. He's a rockstar, and he was in such fine form with this one," he added.

Ali, who was recently seen in films such as Happy Phir Bhaag Jayegi, Fukrey Returns and the Hollywood project Victoria And Abdul, believes people who do not hail from a film family have to often prove themselves.

"For somebody who doesn't have those connection, sometimes you have to prove yourself. You are your last hit film. Now I know I have to really plan, be careful. "Of course, I can't say I can't deliver a flop, no one can. But what helps us is that there are no expectations from someone who's an outsider. You can quietly do your work and keep going."

Milan Talkies is scheduled to release on March 15.