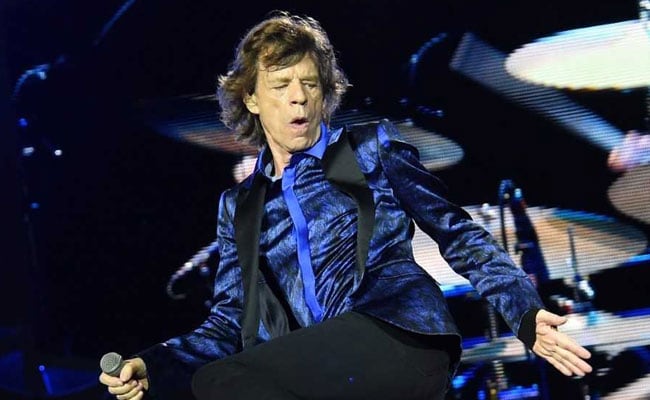 Legendary Rolling Stones frontman Mick Jagger said Friday he is "on the mend" after reportedly undergoing heart valve replacement surgery in New York - news that gave his legions of fans a fright. Less than a week ago, the band announced they would postpone the North American leg of their upcoming tour so the 75-year-old Mick Jagger could receive medical treatment. Industry tracker Billboard said late Thursday that doctors successfully performed a minimally invasive transcatheter aortic valve replacement, allowing the artist to avoid major surgery that would open his chest.

"Thank you everyone for all your messages of support, I'm feeling much better now and on the mend - and also a huge thank you to all the hospital staff for doing a superb job," Mick Jagger tweeted.

Thank you everyone for all your messages of support, I'm feeling much better now and on the mend - and also a huge thank you to all the hospital staff for doing a superb job.

The British rocker was resting in the hospital, according to Billboard, citing anonymous sources who said he must lay low for four to five days so he can heal. Doctors accessed the heart valve of the flamboyant Stones lead singer through the femoral artery in his thigh, Billboard said, meaning he needs rest to ensure there is no severe bleeding.

A representative for Mick Jagger told AFP that the musician "has successfully undergone treatment," without specifying its nature. "He is doing very well and is expected to make a full recovery."

Over the weekend, the Stones tweeted: "Mick has been advised by doctors that he cannot go on tour as he needs medical treatment."

After the band announced the postponement of 17 shows in the US and Canada, Mick Jagger had tweeted that he was "devastated" and would "be working very hard to be back on stage as soon as I can."

"I really hate letting you down like this," he said.

Mick Jagger - who has eight children, five grandchildren and a great-granddaughter - has maintained his energetic stage performances well into his 70s.

In their early years, the Stones were known for their louche lifestyle, with Mick Jagger seen as the incarnation of the trope "sex, drugs and rock 'n roll."

But today, the living legend is known for maintaining a meticulous diet and exercise program to stay in shape, reportedly training with the Norwegian physiotherapist Torje Eike, who counts Olympic athletes among his clients.

Prior to the procedure, the Grammy-winning band -- known for a wealth of smash hits including Sympathy for the Devil, You Can't Always Get What You Want and Gimme Shelter - aimed to quell fears from Stones fans.

"Mick is expected to make a complete recovery so that he can get back on stage as soon as possible," the rockers tweeted.

Cardiac surgeon and US television host Mehmet Oz said on Twitter that patients who undergo such a heart valve procedure can normally go home within a day or two.

Oz said some 10 percent of people Mick Jagger's age face issues "with their aortic valve which can lead to chest pain and dizziness."

"About 50 percent of people who have the problem will die in a couple of years if they don't have the surgery," he said.

Following news of the successful procedure, Oz tweeted that he's "glad to hear Mick is on the mend following heart surgery."

"A big disappointment for everyone but things need to be taken care of and we will see you soon," said Richards, who himself has overcome a laundry list of health scares, including falling out of a tree in Fiji.

"Mick, we are always there for you!" he added.

Fans are advised to hang on to their tickets, with an announcement of new concert dates expected in the coming weeks.

The band's slated performance at the 50th edition of Jazz Fest was canceled, however.

The New Orleans festival announced that folk rockers Fleetwood Mac would play in place of the Stones.

"Can't wait to be back to New Orleans again! See you in a few weeks @jazzfest," tweeted the band's frontwoman Stevie Nicks.