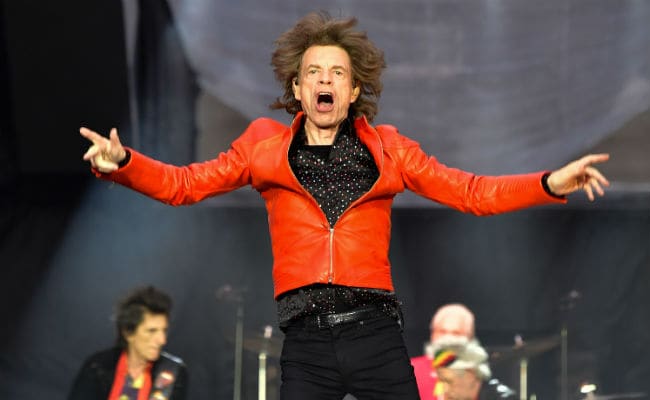 A file photo of Mick Jagger during a concert at Berlin's Olympic Stadium in 2018. (Image courtesy AFP)

Rolling Stones frontman Mick Jagger will undergo surgery to replace a heart valve, with the band postponing the North American leg of a tour as a result, a report said Monday. The iconic British band had announced Saturday it was delaying the "No Filter" tour for the 75-year-old rocker to receive an unspecified medical treatment.

Leading industry magazine Rolling Stone reported on Monday the cause was heart valve surgery, following an earlier report from Drudge Report, which added the procedure would take place this Friday in New York.

"Mick Jagger has been advised by doctors that he cannot go on tour at this time as he needs medical treatment," the band said in a statement after the postponement. "The doctors have advised Mick that he is expected to make a complete recovery so that he can get back on stage as soon as possible."

Jagger himself tweeted: "I'm so sorry to all our fans in America and Canada with tickets. I really hate letting you down like this. I'm devastated for having to postpone the tour but I will be working very hard to be back on stage as soon as I can. Once again, huge apologies to everyone."

Jagger has eight children, five grandchildren and a great-granddaughter, but has maintained his energetic stage performances well into his 70s, playing Britain's Glastonbury Festival in 2013.

The band, who formed in 1962, were due to play 17 shows in the US and Canada between April and June.