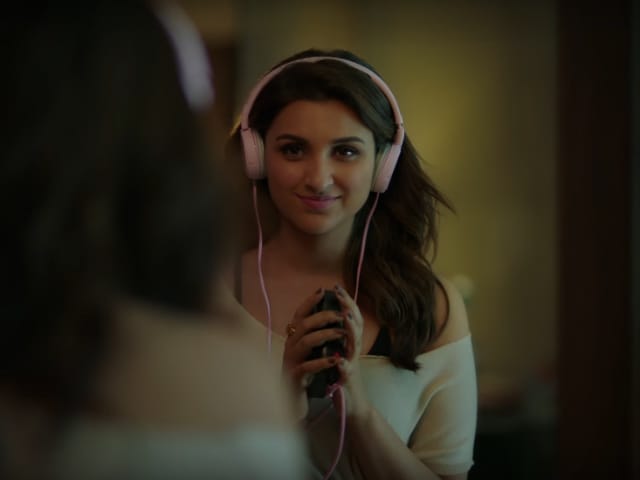 Maana Ke Hum Yaar Nahi: Parineeti Chopra in a still from the song

Those who were hoping to catch a glimpse of Ayushmann and Parineeti together, will be disappointed as the song Maana Ke Hum Yaar Nahi only features the actress, who appears to enjoy solitude after a supposed break-up.

Ayushmann Khuranna, a popular singer himself, told news agency IANS that Parineeti should continue with her singing. "I think she is top-notch and pretty good. She has taken classical training in music. She knows a lot about music. I was surprised when I discovered her singing talent for the first time. I think she should sing more often," IANS quoted Ayushmann as saying. Parineeti plays an aspiring singer while Ayushmann's character is that of a Bengali author in the film which is set in Kolkata.

Promoted
Listen to the latest songs, only on JioSaavn.com
Of playing a Bengali character in Meri Pyaari Bindu, Ayushmann told IANS: "I speak Bengali with my family in the film, but yes there are certain mannerisms, words, way of speaking, body language and the clothes I am wearing, that have to look natural. It's not as difficult as playing a Bengali in a Bengali film. In a Hindi film, I have to just see and take care of my nuances."