Meri Pyaari Bindu: Parineeti Chopra, Ayushmann Khurrana Have A Surprise For You 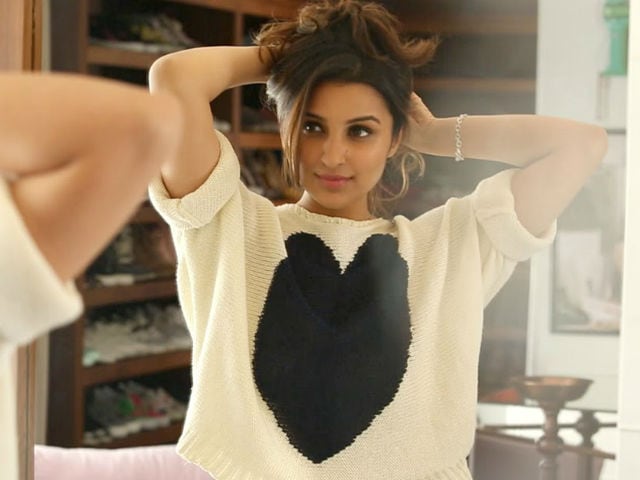 Meri Pyaari Bindu: Parineeti Chopra in a poster of the film

Meanwhile, Parineeti enquired if Ayushmann's version of her story will be "censored."

Meri Pyaari Bindu is a little extra special for Parineeti as the film also incorporates her singing debut. Parineeti released her maiden song Maana Ke Hum Yaar Nahi on Tuesday and has garnered over four million views in one day. Ayushmann, who is a popular singer himself, was the first one to share the song on Twitter and wrote: "Parineeti Chopra ki awaaz bilkul meri novel ki heroine jaisi hai - smooth aur sexy!"

Promoted
Listen to the latest songs, only on JioSaavn.com
Watch Parineeti's song here:
Ayushmann, who clearly loves Parineeti's singing, told news agency IANS: "I think she is top-notch and pretty good. She has taken classical training in music. She knows a lot about music. I was surprised when I discovered her singing talent for the first time. I think she should sing more often."

Meri Pyaari Bindu is set in Kolkata and is directed by newcomer Akshay Roy. Ayushmann and Parineeti will co-star for the first time in Meri Pyaari Bindu, which is scheduled to release on May 12, when it will clash with Sarkar 3.