Parineeti Chopra and Ayushmann Khurrana's latest film Meri Pyaari Bindu got on a slow start on Friday. Reportedly, the film will 'not' be able to perform well 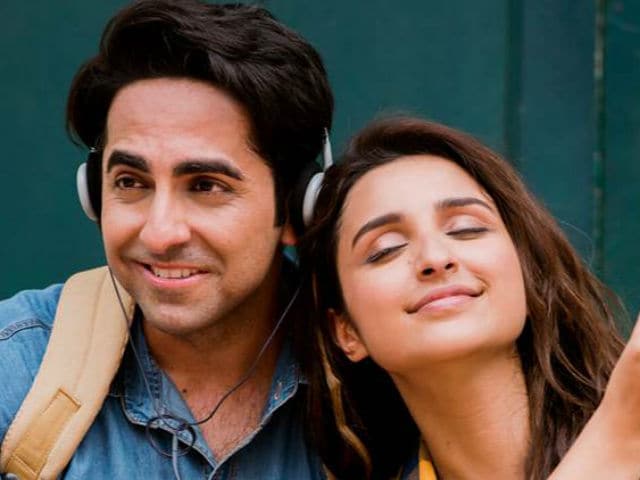 New Delhi: Parineeti Chopra and Ayushmann Khurrana's latest film Meri Pyaari Bindu got on a slow start on Friday. The film was able to earn Rs 1.75 crore at the box office, reports trade analyst Taran Adarsh. Meri Pyaari Bindu tracks the love story of Abhimanyu Roy (Ayushmann) and Bindu (Parineeti). Abhimanyu is in love with Bindu, her neighbour, since he was a child. However, Bindu is unaware about it. She aspires to become a rock star while Abhimanyu is novelist. Meri Pyaari Bindu is directed by debutant Akshay Roy. It is Parineeti and Ayushmann's first film together. Box Office India predicts that the film will 'not' be able to perform well.

In his review for NDTV Movies, Saibal Chatterjee writes, "Parineeti Chopra and Ayushmann Khurrana's film invokes the past of Hindi cinema and its music to string together a genuinely modern urban love story. Meri Pyaari Bindu is as much about falling in love as about learning to deal with heartbreak. It is about growing up and out of childhood crushes." He gave the film three stars out of five.

Of the film, Parineeti told news agency IANS, "It was really one of the sweetest films that I read. The moment I read the script I felt this was the character that I wanted to play. The film is full of nostalgia. It has a lot of old songs which are associated with various chapters in our lives. That's something that I relate to even in my real life because I have songs for every event and person in my life. I connected a lot to the film, so I thought I should be a part of it."

Promoted
Listen to the latest songs, only on JioSaavn.com
Parineeti also debuted as a singer with the song Maana Ke Hum Yaar Nahin in the film.