Meri Pyaari Bindu Box Office: Opening day collections of Ayushmann and Parineeti's maiden film, Meri Pyaari Bindu were Rs 1.75 crores which is lesser than what the film made on each day over the weekend 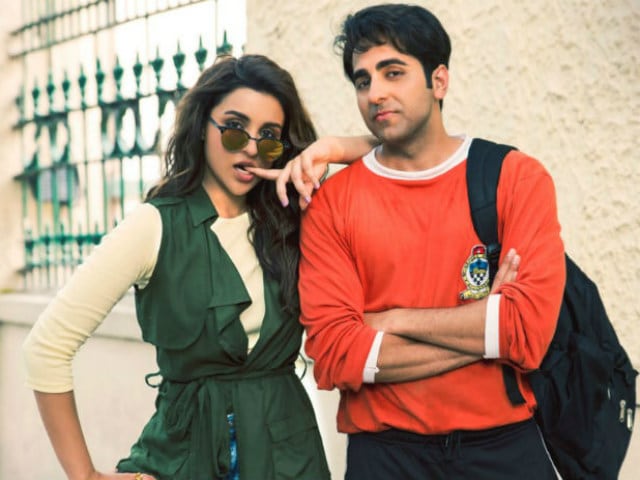 Meri Pyaari Bindu Box Office: A poster of the film

This is what Taran Adarsh tweeted about Meri Pyaari Bindu's box office report.

Meri Pyaari Bindu casts Ayushmann and Parineeti as childhood lovers with a mysterious twist to what happens to Bindu. Directed by Akshay Roy, Meri Pyaari Bindu features Ayushmann Khurrana as Bengali novelist Abhimanyu Roy, who is Bindu's partner in crime.

Meanwhile, Bindu is sort of a reflection of Parineeti's real-life persona and is also the character as who Parineeti made her singing debut. Parineeti has been applauded for her maiden song Mana Ke Hum Yaar Nahi, of which she told news agency IANS: "Any person who knows me knows that singing is the most important thing in my life. Music is really my soul. That's why Meri Pyaari Bindu is a special film for me as I wanted my first song to be done well." Meanwhile, her co-star, actor-singer Ayushmann, has confessed that he's a huge fan of Parineeti's singing.

Promoted
Listen to the latest songs, only on JioSaavn.com
In his review for NDTV Movies, Saibal Chatterjee writes: "A light-hearted, freewheeling and charming love story with a twist-ending, Meri Pyaari Bindu does not play by the usual emotional exigencies or the standard moral methods of the genre."

Parineeti Chopra will next be seen in Golmaal Again while Bareilly Ki Barfi and Shubh Mangal Savdhan are in the pipeline for Ayushamnn.