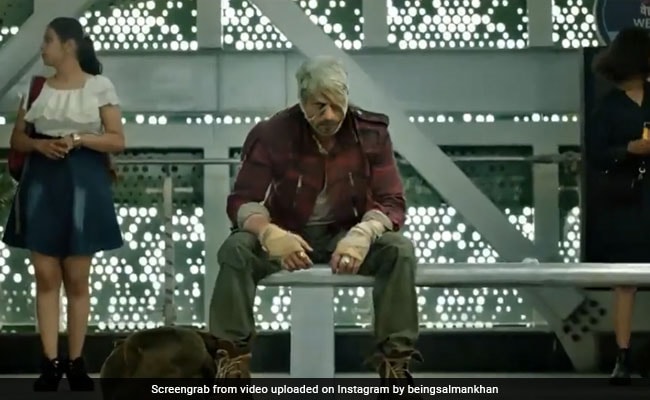 Jawan teaser: SRK in a still from it. (courtesy beingsalmankhan)

We don't know what's more exciting - Shah Rukh Khan announcing his new project or Salman Khan cheering for it on social media. Salman Khan, who is currently in Abu Dhabi for this year's IIFA Awards, managed to scoop some time out from his busy schedule and posted the teaser of Shah Rukh Khan's new project Jawan, which will be directed by Atlee. Posting the teaser on social media, Salman Khan wrote: "Mere jawaan bhai ready hai" and he tagged SRK in the post. The film will be produced by Shah Rukh Khan's wife Gauri Khan.

Announcing his association with the project on Friday, Shah Rukh Khan wrote in his Instagram post: "An action-packed 2023. Bringing Jawan to you, an explosive entertainer in cinemas 2nd June 2023. In Hindi, Tamil, Telugu, Malayalam and Kannada."

Shah Rukh Khan, who has been fairly active as a producer in the last few years, was last seen in 2018 film Zero, co-starring Anushka Sharma and Katrina Kaif. He has also co-produced Alia Bhatt's Darlings, which marks her debut as a film producer. He also backed the standalone film on Bob Biswas, featuring Abhishek Bachchan in the titular role, which released last year. He will next be seen in Yash Raj Films' Pathaan and Rajkumar Hirani's Dunki.

On the work front, Salman Khan was last seen in the film Antim, directed by Mahesh Manjrekar, which also featured Salman Khan's brother-in-law Aayush Sharma (married to Arpita Khan). He also announced the second installment of Bajrangi Bahaijaan. The actor's forthcoming projects include Kick 2, with Jacqueline Fernandez and Tiger 3 with Katrina Kaif and Kabhi Eid Kabhi Diwali, with Shehnaaz Gill.