Meghan Markle Will Quit Acting, Like Grace Kelly Before Her

"I don't see it as giving anything up. I see it as a change. It's a new chapter," Meghan Markle said in an interview 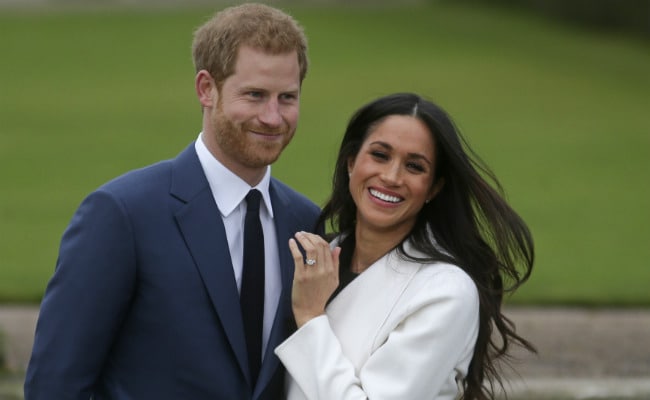 Los Angeles: Meghan Markle says acting will take a back seat when she marries Prince Harry, following the example of screen icon Grace Kelly who abandoned Hollywood to marry into royalty. The 36-year-old has starred in legal drama Suits since 2011, but is likely to shed many outside interests as she joins the British royal family following the couple's engagement announcement, according to observers. Markle confirmed in an interview with the BBC she would be giving up acting and would focus much of her attention on the causes that are important to her.

"I don't see it as giving anything up. I see it as a change. It's a new chapter," she said. Markle and Harry, 33, will marry in spring next year, 62 years after silver screen icon Grace Kelly abandoned her glittering career to marry Monaco's Prince Rainier III. Hollywood branding expert Jeetendr Sehdev pointed out however that Markle is not in the same league as the Oscar-winning star of 1950s Hitchcock thrillers Dial M for Murder, Rear Window and To Catch a Thief.

"Americans who have heard of Meghan will remember her as a working TV actor rather than a celebrity or a Hollywood star," Sehdev, bestselling author of The Kim Kardashian Principle, told AFP.

He added that Britain's first mixed-race royal could nevertheless inspire the British TV industry to create more leading roles for actors of colour.

"Meghan Markle is the face of the modern princess and there's no reason why she shouldn't keep working in TV after her marriage. The palace will likely have a say in any of her future career choices and roles."

But royal writer Catriona Harve-Jenner said in a commentary for British lifestyle magazine Cosmopolitan that Markle had made the right decision in shedding her acting ambitions. "Being a senior member of the royal family is a full-time job, and it requires those who do it to patron charities, represent the UK on an international scale and generally maintain the traditions of the royal family," said Harve-Jenner.

"How would she balance all that with a full-time acting role on Suits?"

Markle will be the first American welcomed into the royals since Wallis Simpson - famously also a divorcee - but will probably not, in fact, be a princess. What is far more likely, say experts, is that the couple become a duke and duchess, like William and Kate.

As well as starring as paralegal Rachel Zane on Suits, Markle is an entrepreneur, activist, blogger and fashion designer and would probably be expected to drop many of those pursuits too, to focus on royal activities.

The actress appears to already be winding down her workload, having shut down her lifestyle website, The Tig, in recent months.

Sarika Bose, a lecturer in Victorian literature at the University of British Columbia and a royal expert, said times had changed since Kelly was forced to choose between career and family life.

But she added that having a working actress in the fold may yet be a modernizing reform too far for the British throne, which dates back to the merger of England and Scotland in the early 18th century.

"Although British society and the monarchy have changed greatly over the last few decades, there are still possible assumptions people might impose on Ms Markle which are conflated with her acting roles, her life as a celebrity and her public role as a member of the royal family," she told AFP.

Bose said she expected Markle to follow other members of the family in pursuing charitable activities.

"Well before meeting Prince Harry, Markle already demonstrated a serious interest and commitment to social justice initiatives, as a World Vision Global Ambassador and an advocate for political participation and leadership for women through the United Nations," she said.

"These activities provide her with both experience and credibility as a patron of causes when she becomes a member of the royal family."

The daughter of an African-American mother and white American father of Dutch and Irish descent, Markle's parents divorced when she was aged six.

She has half-siblings on her father's side, and grew up in Los Angeles, attending a girls' Roman Catholic school there.

After graduating from Northwestern University's School of Communication in 2003, Markle appeared on more than a dozen TV shows including CSI: NY, Knight Rider and Fringe.

She became more high-profile when she began appearing in Suits and secured a small role in the movie Horrible Bosses (2011).

Promoted
Listen to the latest songs, only on JioSaavn.com
Clarence Moye, TV editor at Awards Daily, described Markle as a "very charismatic" actress and said he was disappointed that she appeared to be set on conforming to tradition.

"It would be interesting to see a modern woman continuing her career... but it's not where she seems to be headed," he said.