Meet Sonakshi Sinha as a Journalist in Noor First Look. You'll 'Love Her' 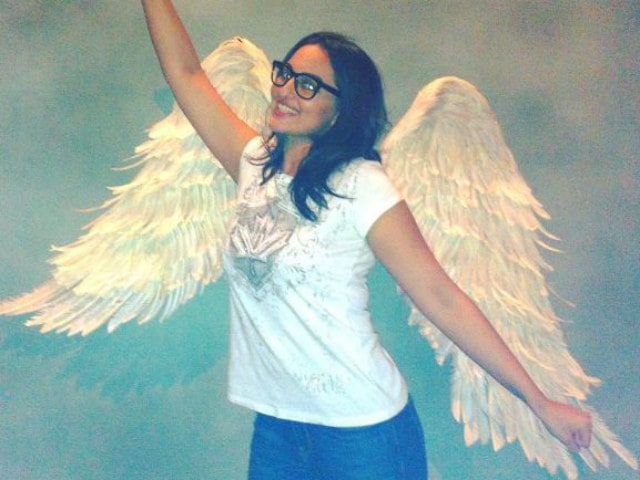 New Delhi: Actress Sonakshi Sinha shared the first look of herself as a journalist from crime-drama Noor on Wednesday. In the picture posted on Instagram, Sonakshi juxtaposed two of her screen personas. In one, she is bespectacled and lets her hair loose beneath a cap while the other one shows her with a quizzical expression on her face.

Sonakshi explains the 'contradiction' in the caption:

Say hi to Noor! Cannot wait to bring her to life under the direction of @sunhilsippy. A bundle of contradictions, she is every girl! You're going to love her! #IamNoor #Lifeisbeautiful #splat #ihatemylife #myownhero #ohnonotagain

Noor is based on Saba Imtiaz's 2014 crime novel Karachi, You're Killing Me!. To be directed by Sunhil Sippy, the movie goes on floors in Mumbai in July, wrote trade analyst Taran Adarsh on Twitter:

#Noor, based on the book 'Karachi, You're Killing Me', is a slice of life drama. Shoot begins July 2016 in Mumbai.

2015's Tevar was Sonakshi's last movie after which she also featured in a song in All Is Well last year. Sonakshi's upcoming films are A R Murugadoss' Akira, Abhinay Deo's Force 2 and Vipul Amrutlal Shah's Namastey England .