Meet Alia Bhatt's "Best Friend" - No, It's Not Ranbir Or Akansha 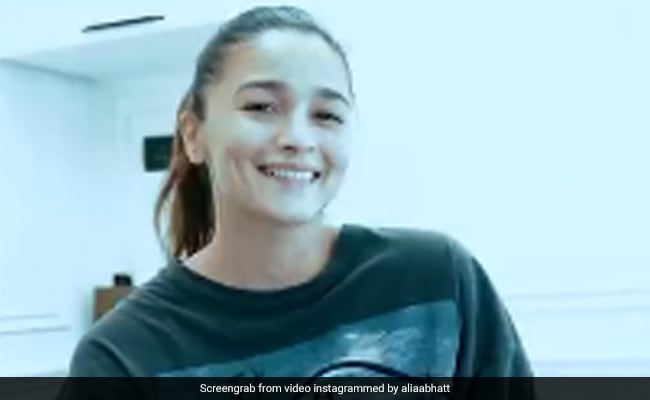 Alia Bhatt in a still from the video.(Image courtesy: aliaabhatt)

Actress Alia Bhatt, who launched her YouTube channel about two years back, is currently brewing some fresh content for her fans. Giving us a glimpse of her new YouTube video, the actress, on Thursday, dropped a short video clip on Instagram. She can be seen talking about introducing her fans to her "best friend" and no, she is neither talking about Ranbir Kapoor nor Akansha Ranjan Kapoor. Alia Bhatt's "best friend" is her kit of skincare products. "Let me introduce you to my best friend," Alia said in the video clip. She can also be seen in trying out her skincare products in the video. Going by the video, we can say that Alia will be sharing her skincare routine with her fans in the upcoming video. Sharing the video on Instagram, Alia wrote: "But first, skincare. New YouTube video coming this Saturday."

As mentioned above, Alia started her YouTube channel about two years back. The actress hasn't been much active on the platform. Some of the videos on her channel include a fitness Vlog and a series named In Alia Bhatt's Kitchen.

Alia enjoys a huge fan following. On Instagram alone, she has around 54.3 million followers. She keeps treating her fans with new Instagram posts every now and then.

Here are some posts straight from Alia Bhatt's Instagram feed:

In terms of work, the actress was last seen in her father, filmmaker Mahesh Bhatt's Sadak 2, co-starring Sanjay Dutt and Aditya Roy Kapur. She will next be seen in SS Rajamouli's RRR and in Sanjay Leela Bhansali's Gangubai Kathiawadi.

It's Raining Smileys On Ananya Panday's Instagram. She's An Emoji Herself