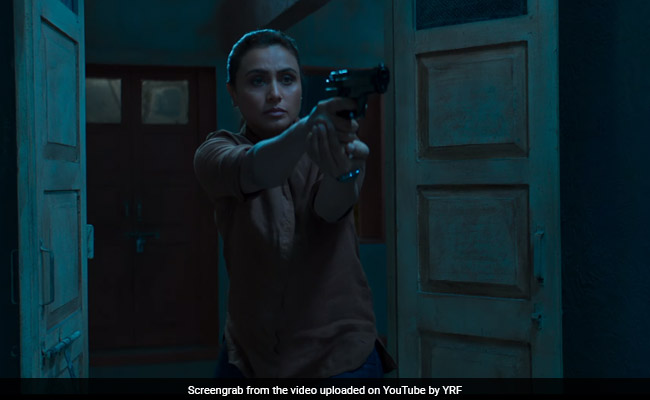 Mardaani 2 Trailer: Rani Mukerji in a still from the film. (Image courtesy: YouTube)

Rani Mukerji returns as super cop Shivani Shivaji Roy in Yash Raj Films' Mardaani 2 and this time she is deputed in Kota where a rapist cum serial killer is on the loose. The crime rate is on the rise in the town, where thousands of students flock every year for studies. Shivani has been charged with finding a rapist, who is mocking the police force by challenging them and killing female students. Shivani is also personally targeted by the criminal, whom she has classified as 'a monster.' Shivani falls into one of his traps but she may have found a way out too. The two-and-a-half minute trailer is chilling as Shivani begins another cat and mouse game with a deadly enemy.

Earlier, Rani Mukerji described the villain of Mardaani 2 as the "face of pure evil" and going by the trailer, it seems she was not mincing her words. Rani Mukerji had said in a statement, "Shivani will face a cold, merciless villain who has no empathy, no fear of God and is pure evil. The character has been written superbly and I'm excited to find out who the actor will be." The villain of Mardaani 2 is a newcomer.

Watch the trailer of Mardaani 2 here:

Mardaani 2 is slated for December 13 release and it is directed by Gopi Puthran, who wrote the script of the first film.

Mardaani 2 is the sequel to 2014 film Mardaani, in which Rani Mukerji as Shivani busts a human trafficking racket after a friend of her niece vanishes under mysterious circumstances.