Nandita Das unveiled the first poster of Manto on her official Facebook page. The actress-filmmaker had recently presented the film at Cannes Film Festival 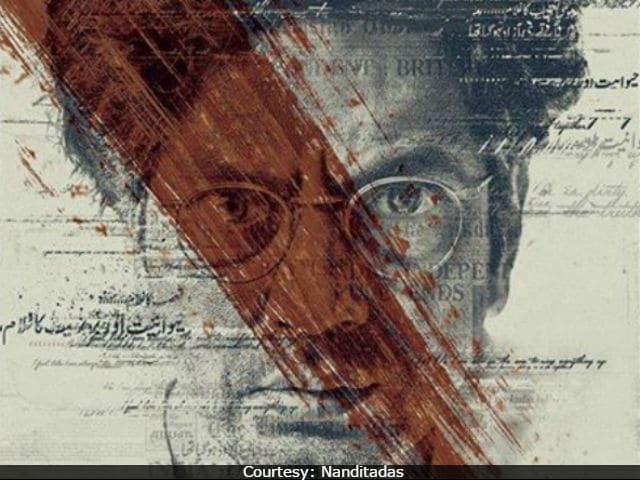 New Delhi: Actress-turned-filmmaker Nandita Das, who presented her upcoming film Manto at the 70th edition of Cannes Film Festival, has now unveiled the first poster of the film. Manto stars Nawazuddin Siddiqui as renowned writer Saadat Hasan Manto. The fact that Nawazuddin bears a striking resemblance to Saadat Hasan Manto, was revealed with the release of the first look of Manto, and this poster reiterates it. Nandita Das shared the poster on her Facebook page and wrote, "If you cannot bear these stories, it is because we live in unbearable times - Saadat Hasan Manto. WHAT WOULD YOU CHOOSE? YOUR FREEDOM or FREEDOM OF SPEECH?" Actress Rasika Duggal plays Safia Manto, Saadat Hasan Manto's wife.


Check out Rasika Duggal's look from the film:


Of presenting the film at Cannes, Nandita Das, who has earlier been a jury member at the film festival told news agency PTI, "It's more of a curtain raiser. We're taking a small break from our shoot to go to Cannes because I believe it's a great platform." Nawazuddin also accompanied his director to Cannes. "It's a great festival and some of the world's best movies are screened there every year. It's special every time. Every actor, big or small, is respected there," he told PTI.

The biopic also features a special appearance by Rishi Kapoor. Nawazuddin, via a Twitter post, revealed about Mr Kapoor's role in Manto.

The first look of Manto was released in February:

Promoted
Listen to the latest songs, only on JioSaavn.com
Nandita Das is best-known for her roles in films like Bawander, Earth and Fire. Of Manto, she earlier told PTI, "It's a very big project for me. It's a period film, we will recreate 1940s here."