Kangana Ranaut has also directed a few segments of Manikarnika 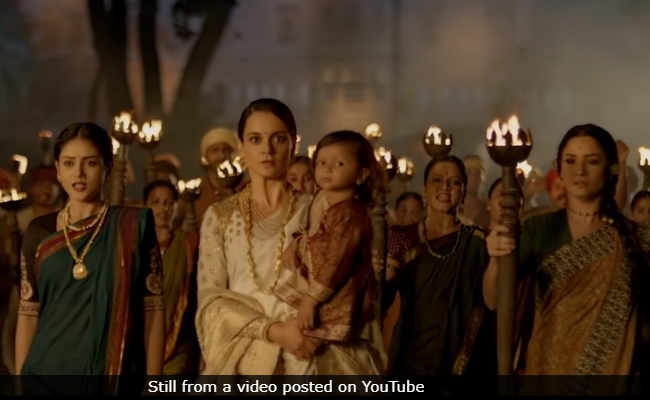 Kangana Ranaut is all set to enthrall the audiences after two years. The actress, who was last seen in the 2017 comedy-drama Simran, will be seen playing the titular role in Manikarnika: The Queen Of Jhansi, which will open in theaters on Friday. The film showcases the journey of Rani Laxmi Bai from a widow to a warrior. The biopic has been co-directed by Radha Krishna Jagarlamudi and Kangana Ranaut. Besides Kangana, the film also features Danny Denzongpa, Atul Kulkarni, Mishti and Jisshu Sengupta among others. The film also marks the Bollywood debut of television actress Ankita Lokhande, who is best-known for her performance in the TV show Pavitra Rishta.

Earlier, Sonu Sood was also a part of the film. However, the actor walked out of the film due to professional commitment towards Rohit Shetty's high-octane action film Simmba. Later, Zeeshan Ayyub was zeroed in for the role.

The trailer of Manikarnika: The Queen Of Jhansi released last month and it went insanely viral. The trailer has over 25 million views on YouTube as of now.

Manikarnika: The Queen Of Jhansi will clash with Abhijit Panse's Thackeray, in which Nawazuddin Siddiqui plays the titular role. The film is a biopic on the founder of Shiv Sena and late politician Bal Thackeray.