Kangana Ranaut plays the lead role in Manikarnika, which she has also co-directed with Krish 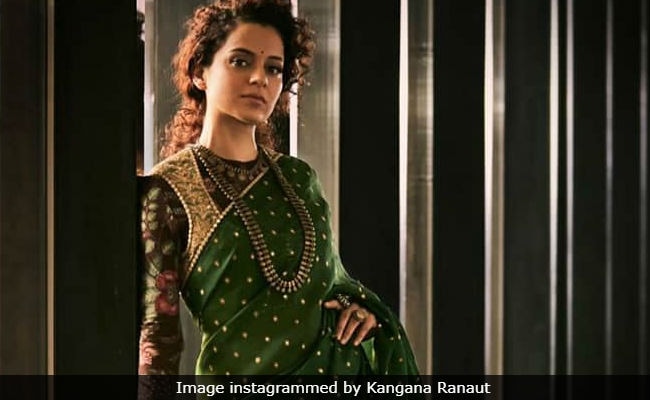 Kangana Ranaut, who stars in this Friday's Manikarnika: The Queen Of Jhansi, feels that there are people (in the film industry) who are "waiting for her to fail," reports news agency PTI. Speaking at an event to promote Manikarnika, in which she plays the role of Rani Laxmi Bai, Kangana told PTI: "I do feel there are people waiting for me to fail. That there are people who are waiting to prove to themselves that she's not a real deal, to make themselves feel better. My failure is important to them." The 31-year-old actress added that she can never be like that towards her colleagues.

Kangana Ranaut has starred in critically-acclaimed films like Queen and the Tanu Weds Manu series. However, her last two films Rangoon and Simran tanked at the box office.

"Even though I can realise or feel, I can never be like them or feel through them. I understand their cynicism but I can never be them. Personally, I've never waited for anyone to fail. That's why I think I could do what I did in my life... That inherent positivity that I have. I praise everyone regardless of who they are or what they think of me is actually something I live by. I'm not a double faced person. What others feel I'm not concerned about that," she added.

Kangana Ranaut shares directing credits of Manikarnika with Krish. She took over the project after Krish had to leave due to other work commitments, of which Kangana said: "I wasn't prepared for it. If I was, I am the kind of person who plans to the final dot and with utmost discipline. I don't like accidental things. If I shot for 45 days, I prepped for four months. The last few days have been intense because I am doing someone else's job. This gets difficult for me, not my own job."

Kangana Ranaut also told PTI that she knew that her additional role as a director did not go down well with everyone. She said: "I see there is a lot of sexism involved in this - a woman, doing an epic action film and directing it. That's something even Hollywood was struggling with. When Wonder Woman (directed by Patty Jenkins) released people were like, 'Oh a woman director making an action film.' But when the film worked well, they all praised a woman pulling this off. There is clearly a deep rooted sexism."

Manikarnika: The Queen Of Jhansireleases on January 25.