Kangana Ranaut To Karni Sena On Manikarnika Row: I'm Rajput, Will Destroy You

Kangana Ranaut is awaiting the release of Manikarnika: The Queen Of Jhansi next Friday 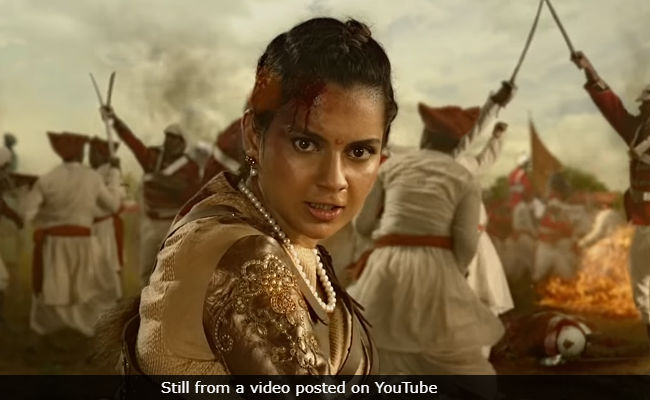 Actress Kangana Ranaut has hit back strongly at Rajput fringe group Karni Sena who, she claims, are 'harassing' her over new film Manikarnika: The Queen Of Jhansi, which is based on the life of Rani Laxmi Bai. Kangana, whose film releases next Friday and for which she has obtained a certificate from the Central Board Of Film Certification, issued a statement saying that she too is Rajput and will "destroy" the Karni Sena if they continue to "harass" her over the film's release. "Four historians have certified Manikarnika, we have got censor certificate as well, Karni Sena has been conveyed this but they are continuing to harass me. If they don't stop then they should know I am also a Rajput and I will destroy each one of them," Kangana Ranaut said in a statement. Manikarnika tells the story of Jhansi's Rani Laxmi Bai, who was among the leaders of the 1857 Mutiny against the East India Company.

As per an ANI report, the Maharashtra wing of Karni Sena wrote a letter to the filmmakers in which they allegedly said that if the "image of Rani Laxmi Bai is maligned in the film or if she is shown to be the lover of some Britisher then the makers will face consequences." Rani Laxmi Bai, whose real name was Manikarnika, was born into a Marathi family living in Varanasi before marrying the ruler of Jhansi.

The Karni Sena infamously opposed the release of "Padmaavat," starring Deepika Padukone as Queen Padmini, last year. Director Sanjay Leela Bhansali was attacked, sets of the film were vandalised and a bounty was even placed on Deepika's head after she defended the film.

Watch the trailer of Manikarnika: The Queen Of Jhansi.

Manikarnika: The Queen Of Jhansi is releasing on the same day as Thackeray, a biopic on Balasaheb Thackeray with Nawazuddin Siddiqui in the lead role.