Kangana Ranaut On Manikarnika Vs Thackeray: No One Asked Us To Change Release Date

"We haven't been pressurised by anyone, so we are very happy that we have got a sort of a big window to release our film," said Kangana Ranaut 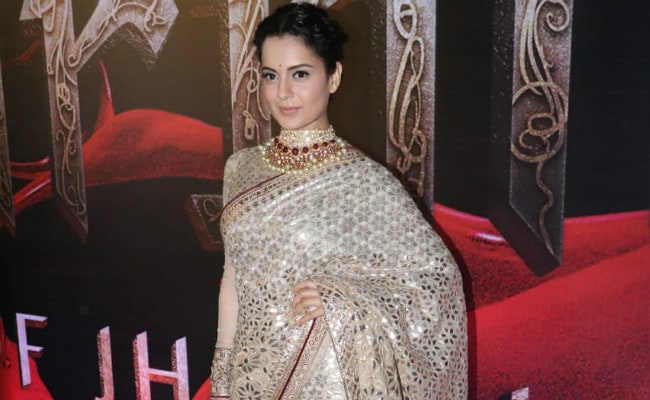 Kangana Ranaut at the music launch of Manikarnika

Manikarkina: The Queen Of Jhansi is all set for box office clash with yet another much-awaited film Thackeray and let's hear what Manikarnika lead actress Kangana Ranaut has to say about it. When asked if the makers of Thackeray have approached Team Manikarnika to reschedule their film in order to avoid a collision, news agency IANS reported the actress as saying: "We haven't been approached by anyone who has requested or forced us either to prepone or postpone release of our film." Earlier, Thackeray and Manikarnika were to also clash with Emraan Hashmi's Why Cheat Indiabut it has been preponed to January 18. IANS reports that the decision was taken after Thackeray producers requested that Why Cheat India be rescheduled.

Adding to her point, Kangana Ranaut said that the Republic Day weekend will allow a big enough window for two films to release simultaneously: "We haven't been pressurised by anyone, so we are very happy that we have got a sort of a big window to release our film on Republic Day weekend. I think two films can easily come on the same day and so far, nobody has pressurised us."

"It will be completely wrong to say that we have been approached or pressurised to do something that we didn't want to do," IANS quoted the 31-year-old actress as saying.

Earlier in December (before Why Cheat India was renamed and rescheduled), Abhijit Panse, the director of Thackeray, said something similar to IANS when asked about the big clash: "As far as other films are concerned, every year, more than 52 films are made. So, every Friday, either one or two or three films release. The public knows everything and will see Manikarnika as well as Cheat India. If the film is good, it will work. As a director, I want all the films to work."

Thackeray is a biopic on Shiv Sena patriarch Balasaheb Thackeray, which will see Nawazuddin Siddiqui play the titular role. Manikarnika, the biopic on Rani Laxmi Bai, has been co-directed by Krish and Kangana Ranaut.