Kangana Ranaut's Manikarnika To Be Screened For President Kovind

Manikarnika's screening will be held at the Rashtrapati Bhavan 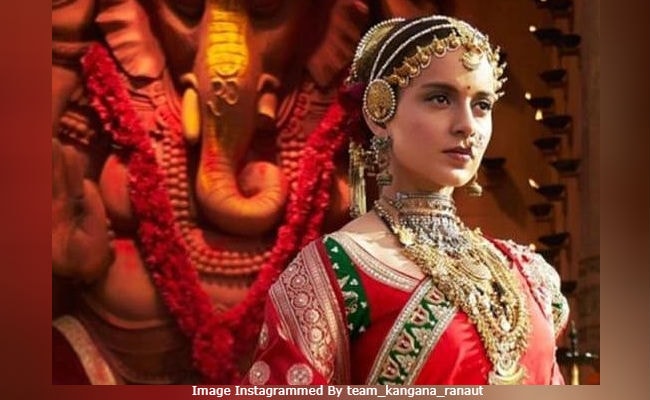 A special screening of Kangana Ranaut's forthcoming film Manikarnika: The Queen of Jhansi will be hosted for President Ram Nath Kovind at the Rashtrapati Bhavan in New Delhi on Friday. "We are extremely honoured, glad and proud that the President will be watching this film before its theatrical release," read a statement issued by an official from Zee Studios, the production house. The screening will be held at Rashtrapati Bhavan Cultural Centre and will be attended by the whole team of the film. Manikarnika: The Queen Of Jhansi is a biopic on Rani Laxmibai and Kangana stars in the titular role.

"Our entire team is really looking forward to present Manikarnika: The Queen Of Jhansi, a story about Rani Laxmibai's strength and bravery for an Independent India, to the most important entity of the Republic of India - our President," Kangana said.

Of directing the film, Kangana earlier told news agency IANS, "I feel that's the result of a team work. Initially, I found it difficult but then, I felt that I can do justice to the film as an actor and as a director. "I think god has been kind and I am happy doing both roles."

Co-produced by Kamal Jain and Nishant Pitti, Manikarnika: The Queen Of Jhansi releases on January 25.