Kangana Ranaut's Manikarnika producer Kamal Jain was admitted to the hospital on Saturday and is being treated for lung infection. 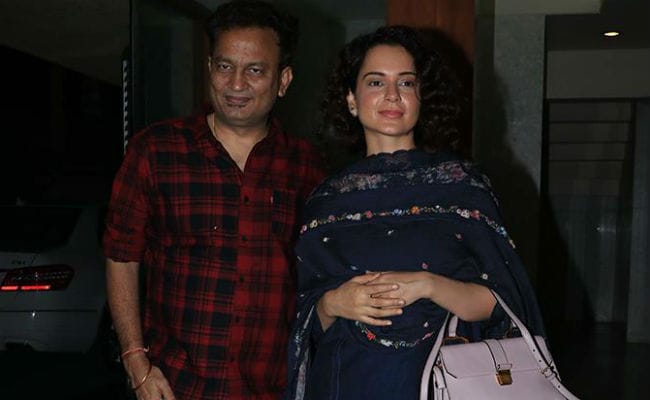 Actress Kangana Ranaut has dismissed 'misleading' reports stating that Manikarnika: The Queen Of Jhansi producer Kamal Jain 'is critical after suffering a paralytic stroke'. She told Times Now, "He is doing fine. The reports are misleading. He fell sick last week and is on his way to recovery. I am in touch with him every day. Request everyone to please stop backing sensational reports." Kamal Jain was admitted to the hospital on Saturday and is being treated for lung infection, news agency PTI reported. A source added that reports stating that Kamal Jain is suffering from 'paralytic stroke were a rumour.' "He is suffering from lung infection. It started as a throat infection but since he was busy with the film he didn't pay attention to it and it spread. But he's doing better now. He should be discharged from hospital within three-four days. Paralytic stroke was a rumour, it's nothing like it," the source told PTI.

Kamal Jain on Saturday had tweeted about being hospitalised but he didn't disclose the reason. "Certainly is not the best time to be in hospital. Hope to get well soon and enjoy the success of our collective dream and hard work. My best wishes to all," he wrote, adding a note for team Manikarnika. "I will be back as soon as possible, till then I'll be with you in spirit and soul," read an excerpt from his post.

Dear friends, this certainly is not the best time to be in hospital. Hope to get well soon and enjoy the success of our collective dream & hardwork. My best wishes to all pic.twitter.com/VnYLYxXlJc

Manikarnika: The Queen Of Jhansi is based on the life of Rani Laxmi Bai. It is jointly directed by Krish and Kangana. Ankita Lokhande, Atul Kulkarni and Jisshu Sengupta also pivotal roles in the film.

A special screening of Manikarnika: The Queen Of Jhansi was hosted for President Ram Nath Kovind on Friday at the Rashtrapati Bhavan. Kangana Ranaut attended the screening with her team.

Manikarnika: The Queen Of Jhansi releases on January 25.