Ankita Lohkande Explains Why She Picked Manikarnika As Her Debut Film 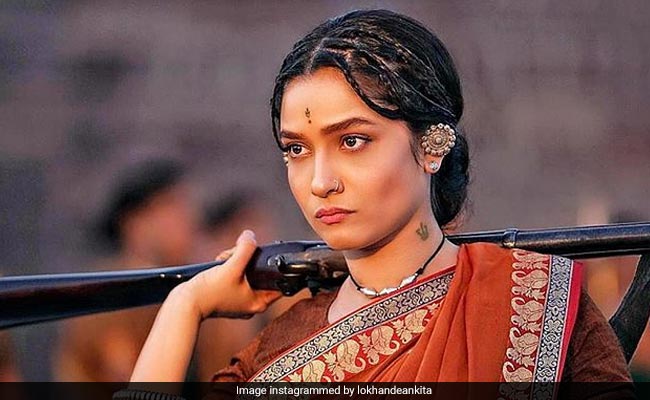 Ankita Lokhande in a still from Manikarnika (Image courtesy XYZ)

Ankita Lokhande, who is playing the role of Jhalkari Bai, a commander in Rani Laxmibai's army in upcoming film Manikarnika: The Queen Of Jhansi, said that she always wanted to make her Bollywood debut with an "acting oriented" character. Speaking to news agency IANS, Ankita said: "I'm more into characters and acting oriented things. How does it matter if I do a film in which I am standing here and there and dancing? I did not want to make my debut with something like that. I never planned also. But I knew that I want to do something acting oriented."

Ankita, who rose to fame with her debut TV show Pavitra Rishta, believes that screen timing "does not matter" but it's the character one plays that holds importance. "People should appreciate my character. Nowadays, it doesn't matter if a heroine is there in the whole film or not. What character you play and how you play really matters. I have only had a bent towards content where I can perform," the 34-year-old actress was quoted as saying.

Ankita Lokhande further said that she was "happy" doing the film since she is playing a character that has been a "role model" for people for a very long time. "I was happy doing it because you know I was getting an opportunity to play someone who has been a role model for many and till day she is a role model. People follow and worship her so there was nothing should I do it or not. There was no kind of pressure," Ankita said.

Headlined by Kangana Ranaut, Manikarnika revolves around the life of Rani Laxmibai, who is counted among one of the first freedom fighters. She fought the East India Company when they tried to seize her kingdom. The film highlights the famous rebellion of 1857.

Manikarnika: The Queen Of Jhansi is written by Baahubali writer KV Vijayendra Prasad and Prasoon Joshi. The film is directed by Krish and Kangana Ranaut. Produced by Zee Studios in association with Kamal Jain, the film is set to hit the theaters tomorrow.