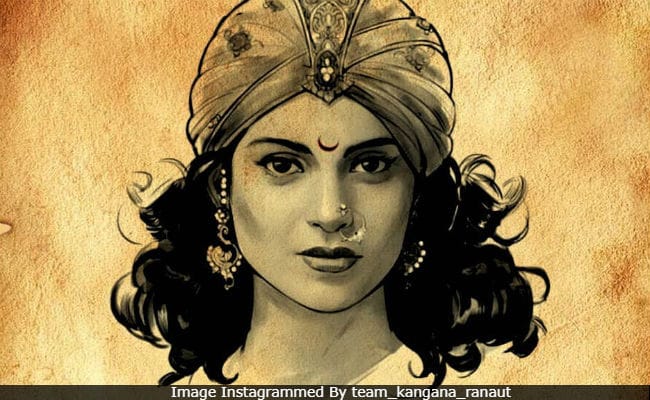 New Delhi: A new poster from actress Kangana Ranaut's forthcoming film Manikarnika: The Queen of Jhansi was shared to pay tribute to freedom fighter Rani Laxmibai on her 160th death anniversary on Monday. The poster is a sketch of Kangana as Laxmibai with the slogan, "Heroine of first war of Indian freedom, a symbol of patriotism and self-respect." It was shared by Kangana's official fan club on Instagram. "Remembering one of the bravest women that ever lived, Rani Laxmibai," the caption read. Manikarnika: The Queen Of Jhansi is the story of Rani Laxmibai and the film also highlights the famous rebellion of 1857. Kangana plays Rani Laxmibai.

Remembering one of the bravest women that ever lived, #RaniLaxmiBai #Repost if you can't wait to witness her epic story on screen #KanganaRanaut as #Manikarnika. #deathanniversary #tribute #martyr #Queen #warrior #history

A release date of Manikarnika: The Queen of Jhansi hasn't been finalised till now. The film was initially slated for an April release. Now, the makers of Kangana's Manikarnika have decided to release it between August and September. "We have mounted the movie on a scale that's hard to imagine. We don't want to clash or release too close to a film that can eat into our business. While we want to release the film between August and September, we haven't zeroed in on a date yet," producer Kamal Jain had told mid-day. They are also working out on a possible release date to avoid clash with Rajinikanth's 2.0. Kangana Ranaut is also the co-producer of Manikarnika.

Promoted
Listen to the latest songs, only on JioSaavn.com
Pictures of Kangana from the sets of the film have been widely shared earlier.