Manikarnika: After Sonu Sood Quits, Kangana Ranaut Says 'He Refused To Work Under A Woman Director'

Sonu Sood was reportedly playing Sadashivrao Bhau, the commander-in-chief of the Maratha army 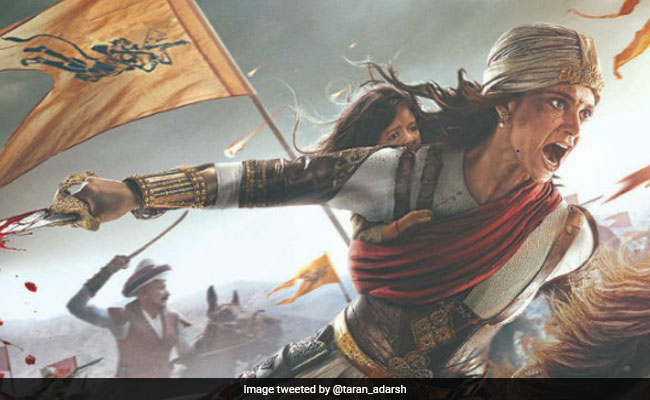 Kangana Ranaut on the poster of Manikarnika: The Queen Of Jhansi (Courtesy taran_adarsh)

After Sonu Sood decided to opt out of Manikarnika: The Queen Of Jhansi, actress Kangana Ranaut, who plays the titular role in the film, said that he left the project mid-way since he didn't want to work under a woman director, news agency IANS reported. "He refused to meet me. He refused to work under a woman director. Even though the team suggested that they have full faith in me, it seems, Sonu had neither dates nor faith," IANS quoted the actress as saying. Kangana Ranaut had taken up the role of the director in the absence of Krish (director of Manikarnika). After the filmmaker got busy with NTR biopic, co-starring Nandamuri Balakrishnan and Vidya Balan, Kangana decided to direct patched left.

"He wanted the producers to retain the kushti portions as he made the body for it for four months. How did I know that is happening behind my back? When writers saw the film, they said they don't want it," Kangana Ranaut told IANS.

Sources told IANS that Sonu had earlier worked with women directors like Farah Khan in Happy New Year and never had a problem with anyone. Hence the reason being cited for Sonu's exit from the film has no truth to it. "Sonu has never had any problems with anyone in his almost two decade-long career. Sonu has previously worked with the woman filmmaker, Farah Khan. Also, Kangana claims that Sonu had shot the kushti scene behind her back, but surprisingly the director has to be present on the set to shoot a film and not just the actor," a source told IANS.

Sonu Sood was reportedly playing Sadashivrao Bhau, the commander-in-chief of the Maratha army. According to Sonu's spokesperson, the actor is currently shooting Rohit Shetty's Simmba for which he is sporting a bearded look. But the 45-year-old actor had been asked by the makers of Manikarnika to go clean shaven for reshooting some bits of the film. Sonu had urged the makers to reshoot the scenes after he completes Simmba schedule, but things didn't work. Therefore, Sonu Sood decided to quit.

"Sonu has always been a thorough professional and honoured all his commitments. He had informed the makers of Manikarnika about his dates and schedule well in advance. Inconveniencing the team of his current film to accommodate the demands of another are against his professional principles. Sonu has taken the higher road ahead and wishes the team of Manikarnika all the best," the spokesperson said in an earlier statement to PTI.

Manikarnika: The Queen Of Jhansi is based on the life and struggles of Rani Laxmi Bai. The film also stars TV actress Ankita Lokhande. The film is expected to release on Republic Day 2019.