Kangana Ranaut's Manikarnika Co-Star Sonu Sood Opts Out Of Film. Because, A Beard

Sonu Sood, who is currently filming Simmba was asked to reshoot portions for Manikarnika by Kangana Ranaut 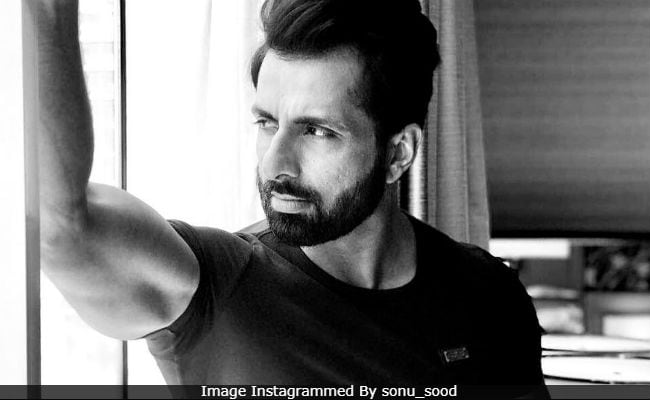 Actor Sonu Sood has decided to opt out of Kangana Ranaut's much-ambitious project Manikarnika: The Queen of Jhansi, news agency PTI reports. The decision was taken due to a scheduling conflict. Sonu Sood was reportedly playing Sadashivrao Bhau, the commander-in-chief of the Maratha army. According to his spokesperson, Sonu, who is currently filming Rohit Shetty's Simmba was recently asked to reshoot portions for Manikarnika by Kangana, PTI reports. He was also asked to go clean shaven. However, the 45-year-old actor, who right now sports a beard look for Simmba, asked Manikarnika makers to reshoot after he completes Simmba schedule, but things didn't work. Thereafter, Sonu Sood decided to quit.

"Sonu has always been a thorough professional and honoured all his commitments. He had informed the makers of Manikarnika about his dates and schedule well in advance. Inconveniencing the team of his current film to accommodate the demands of another are against his professional principles. Sonu has taken the higher road ahead and wishes the team of Manikarnika all the best," the spokesperson said in a statement, PTI reports.

Meanwhile, Kangana Ranaut, who stars as Rani Laxmi Bai in Manikarnika: The Queen Of Jhansi, has also taken over the director's chair for a few portions of the film. Several unconfirmed reports stated that director Krish Jagarlamudi, has also quit the project, after a after a picture of a clapboard, featuring Kangana's name as the director, went viral. However, team Manikarnika later released a statement, which stated that Krish is still the director of the film, but he is right now focusing on some other project and in his absence, Kangana is directing the portions left to complete Manikarnika.

Krish Jagarlamudi is the director of #Manikarnika and will remain so. #KanganaRanaut has stepped in to shoot just the patchwork on his behalf while he fulfills his commitments in another movie, to make sure that #Manikarnika releases on 25th Jan 2019. The clapboard is merely to avoid on set confusion

Manikarnika: The Queen Of Jhansi is based on the life and struggles of Rani Laxmi Bai. The film also stars TV actress Ankita Lokhande.

Manikarnika: The Queen Of Jhansi is expected to release on Republic Day 2019.