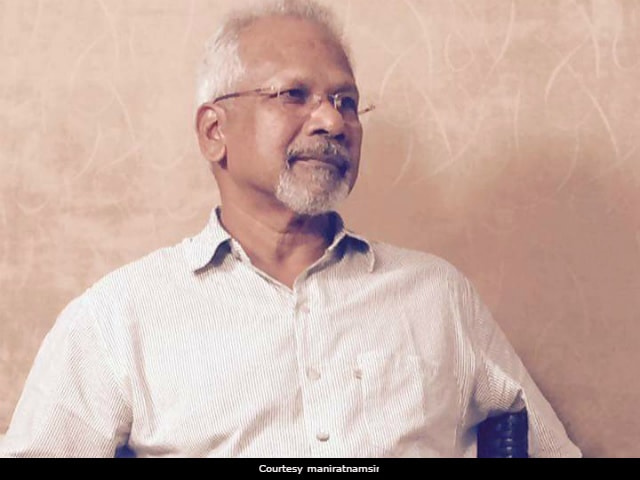 New Delhi: A lighting technician has accused Mani Ratnam of not paying medical bills that he ran up while working on the filmmaker's 2007 project, Guru, reports news agency IANS. He has been denounced by The Lightmen Union, which has branded the allegation 'unfair,' according to IANS. The technician, named Manimaran, was treated for a blood-related infection while filming Guru and now claims that neither Mani Ratnam nor the Union helped pay the expenses. Manimaran has threatened to go on hunger strike if not compensated for the treatment he underwent 10 years ago. The Lightmen Union, however, says that he Manimaran was paid Rs 1 lakh, reports IANS.

"His allegations against us and Mani Ratnam are unfair. He sued us in Labour Court and the Union was ordered to pay him Rs one lakh which has already been settled," IANS quotes Raman, the secretary of The Lightmen Union, as saying. "This issue was settled amicably long back. We even have a letter of acknowledgement from him," he added.

Manimaran has reportedly threatened to commit suicide in front of Mani Ratnam's home. "He is trying to exploit the situation and earn sympathy. When the issue has already been settled, I don't understand why he is creating a scene now," Raman told IANS. The news agency reports that representatives from the filmmaker's production house Madras Talkies were unavailable for comment.

Promoted
Listen to the latest songs, only on JioSaavn.com
The critically-acclaimed Guru, based on the life of industrialist Dhirubhai Ambani, starred Abhishek Bachchan, Aishwarya Rai Bachchan, Vidya Balan and Mithun Chakraborty. The film, one of a handful that Mani Ratnam made in Hindi and dubbed in Tamil instead of the other way round, was screened at the Cannes Film Festival the year it released.

Prabhas Will 'Die' If He Attempts Another Baahubali-Like Film. Here's Why